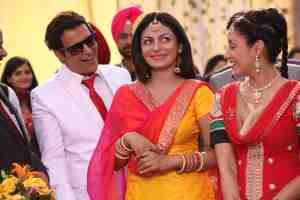 The crème of Punjabi film talent, Jimmy Shergill and Neeru Bajwa, will bring a touch of desi glitz and glamour to the UK as they grace Odeon, West Bromwich on the evening of Thursday 7th August for the World Premiere of the most anticipated family entertainer of 2014, Aa Gaye Munde U.K. De.

Fans and guests will be wowed as their favourite Punjabi screen idols will introduce their latest film at a world exclusive in the UK. Aa Gaye Munde U.K. De is the follow-up installment in one of Punjabi cinema’s most popular franchises, directed by doyen of Punjabi cinema Manmohan Singh, on general release on 8th August, presented by Trehan Productions and being released by Yash Raj Films.