Yash Chopra has started the second UK schedule of his highly anticipated untitled next in London with Shah Rukh Khan and Anushka Sharma.

While the media and fans were speculating that the other leading actress of the film, Katrina Kaif, flew out to Singapore to attend the annual IIFA awards, BollyNewsUK can confirm that the 27-year-old actress flew into London with her costume designer Manish Malhotra and filmmaker Karan Johar.

We can also exclusively reveal that Shah Rukh Khan and Anushka Sharma  filmed scenes near Embankment and the river Thames in the last few days. However, the shooting on two days was disrupted due to heavy rains in the British capital.

The cast and crew had a day off on Friday and will not be shooting on Saturday either. Katrina Kaif, who arrived on Friday will reportedly start shooting on Sunday along with Shah Rukh Khan and Anushka Sharma. Kaif was however, spotted spending time with her sister who lives in London.

BollyNewsUK can also reveal that another schedule in Europe is planned for the film. Yash Chopra’s yet-untitled film will release on Diwali this year through Yash Raj Films.

Here is an exclusive image of Shah Rukh Khan and Anushka Sharma on a bike in Central London. 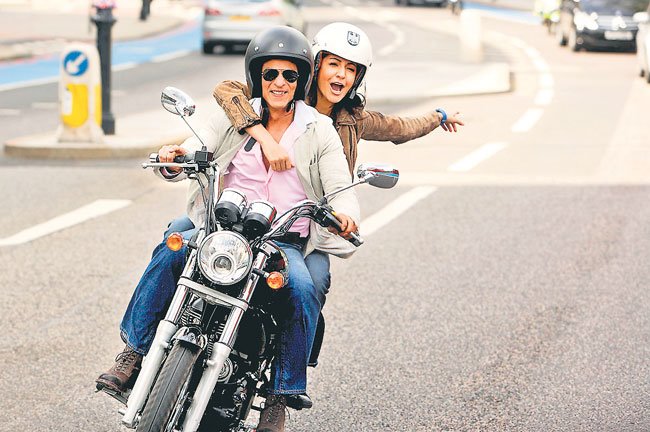