The music of Kochadaiyaan, starring Rajinikanth and Bollywood babe Deepika Padukone will reportedly release next month.

According to reports, Kochadaiyaan, India’s first film that features Performance Capturing with Photorealistic Technology, will release by September this year.

Oscar award-winning music composer A.R. Rahman has composed the music for the film and at the International Press Launch in London he said: “The sensibilities for the Hindi audience and South Indian audience are different. For the Hindi version of the film, the parts are slightly different but the music is more Hindi oriented. The Tamil song is very pure and specific for the Tamil audiences. I am really excited as I am doing Kochadaiyaan with the world’s best technicians.”

Check out some pictures of A.R. Rahman from the International Press Launch by Hayat Khan. 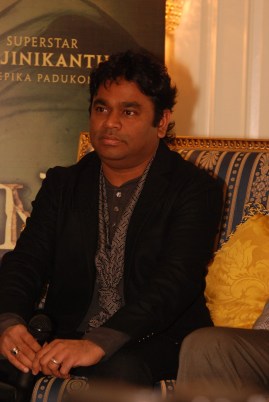 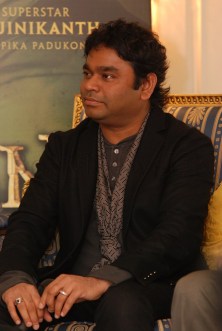 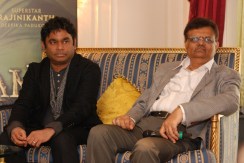 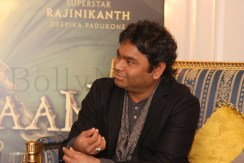 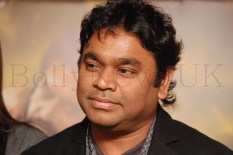