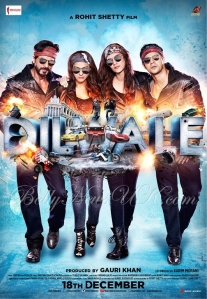 Red Chillies Entertainment is bringing the stars of Dilwale to London and fans will have an opportunity to meet and greet Shah Rukh Khan, Kajol, Varun Dhawan and Kriti Sanon on 1st December 2015.

Fans and audiences can expect to see the cast of Dilwale set the stage on fire at the famous west-London multiplex from 19:30. Get there early to secure a good spot.

The film is produced by Red Chillies Entertainments Pvt. Ltd. in association with Rohit Shetty Productions and marketed and distributed by UTV Motion Pictures in the United Kingdom.