Get ready for a testosterone fuelled song which shows the lead actors, Akshay Kumar and Sidharth Malhotra of upcoming film ‘Brothers’ in full training mode.

The Brothers Anthem is the latest track to be released, sung by Vishal Dadlani. A fast paced song that is sure to pump up audiences, Akshay’s sequence was shot on top of the Worli Fort where a gym similar to Akshay’s personal one was created, so that they could recreate the type of fitness regime he follows in his personal life.

This song also shows the two distinct styles of David and Monty; David being more of a technical and methodical fighter while Monty is shown to use brute force. The song ends with the appearance of several international fighters who have competed in MMA and WWE who arrive for the tournament.

“The song comes at a point when the two brothers, David (Akshay) and Monty (Sidharth), are given an entry into the tournament R 2 F (Right To Fight). They are excited and start training for it. The song also simultaneously conveys an idea of the media coverage — how the tournament is being accepted by the government and the people, building an excitement around the tournament.” says director Karan Malhotra. 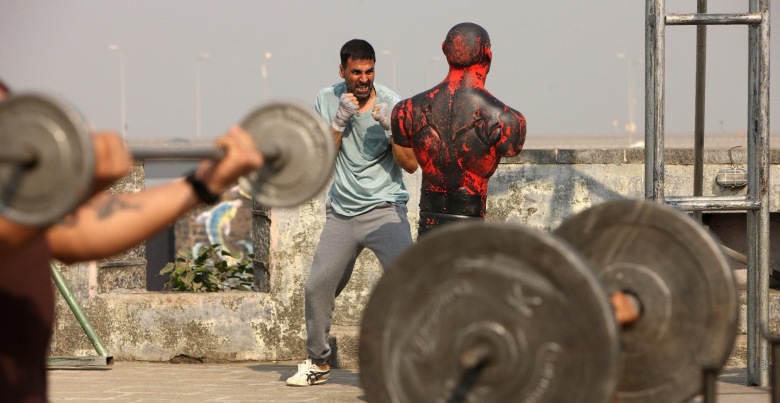