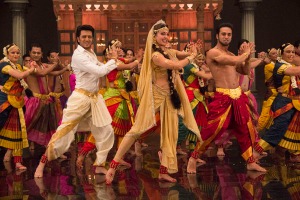 Based on a concept by director Karan Anshuman, choreographer Rajeev Surti brought together elements of dance from these cultures seamlessly in the video.

The song is composed by Ram Sampath and lyrics by Puneet Krishna. Singers Abhishek Nailwal, Sona Mohapatra and famed qawwali singer Shadab Faridi lend their vocals to this eclectic track.

Production Designers Aditya Kanwar and Mukund Gupta created a variety of sets that perfectly reflected each culture, while Costume Designer Ameira Punvani’s diverse assortment of outfits embellished the overall experience, as Jacqueline, Riteish and Pulkit showed off iconic hook steps from across the world.