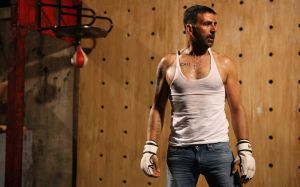 If you have already seen the trailer for Akshay Kumar’s new film ‘Brothers’, then you would have noticed that he is more ‘inked’ than usual. The superstar actor sports a variety of specially-designed tattoos, as he gets into character. But Akshay Kumar’s loyal legion of fans needn’t worry, as all the tattoos are fake and simply in the name of art.

Always the method actor, Akshay Kumar lost 17 kilos to play the role of David Fernandes, a Catholic Physics teacher with a troubled life and a past shrouded in mystery. To ensure that Akshay’s character looked as authentic as possible, the film crew drew inspiration from the varied looks of the locals inhabiting the Bandra area of Mumbai.

The trailer of Brothers already has over 6 million views on YouTube and is being tipped as one of the blockbusters of the year.

Brothers will release in UK cinemas through 20th Century Fox on 14th August 2015.