The gorgeous actress plays a small but pivotal role in the film and has a major action sequence with actress McCarthy in the movie.

Nargis, who was born in New York, made her Bollywood debut opposite Ranbir Kapoor in Imtiaz Ali’s Rockstar and was most recently seen in Main Tera Hero with Varun Dhawan.

The 35-year-old star recently flew into London to walk the red carpet at the European premiere of Spy, held at Leicester Square, and caught up with BollyNewsUK ahead of her big night.

You have flown in from Kenya. What were you doing there?
Oh My God, I was saving rhinos (Rhinoceros). There is only one left. It was at the Ol Pejeta Conservancy in Nanyuki, Kenya. He’s the last male northern white rhino in the world. Can you imagine that there will be no more once he dies? There used to be twenty-thousand from the 1960s and now there is only one left. I was there to raise awareness because people should visit the place because it’s an once-in-a-lifetime experience. I was also trying to get people to donate as they’re trying IVF and it’s very costly. 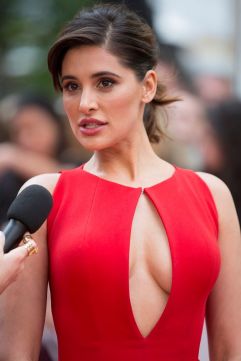 he last time you were in London to promote a movie was for Rockstar (2011). How has it been so far to be here for Spy?
Wow, that was such a long time ago. I love London and it’s always nice to be here, especially when the weather is nice. It’s really close to Mumbai too as it’s only eight-hours on a flight compared to sixteen-hours to New York or even twenty-four-hours to Los Angeles.

You are represented by CAA KWAN in India, formerly known as KWAN, who joined hands with CAA, one of Hollywood’s top talent agencies, a few years ago. Did ‘Spy’ happen through that association?
No, my agent in London DAA were handling everything in relation to Spy. I actually met Paul Feig, the director, in LA a while back. It was quite surprising that he knew about Bollywood and Indian cinema. He knew about the work that I had done. We were having a meal when he mentioned to me that he will be starting a movie and there is a role that he felt I was perfect for. He asked me whether I would have time for it. I said yes immediately.

Were you worried about how much screen time you’ll get in your debut Hollywood movie?
I have realised that Hollywood and Bollywood are very separate things. They don’t get each other. They have a different way of doing things. I was born in New York City and was exposed to American cinema from a young age. I have friends who are actors, writers and entertainers. I know how hard it is to get into the industry. It’s super hard. You have talented people struggling for years. Yes, same goes for Bollywood but you don’t get judged for having small part in a film in Hollywood. You can have a really small role in one film and be the leading actor in your next. It doesn’t work the same way in Bollywood. If you do a supporting role, you get pigeonholed and only end up doing that. In Bollywood you have to work with the big guys and that’s it. You can’t work with anyone else. I understand that but getting offered this part in Spy with this amazing director and cast was a no-brainer. It doesn’t matter how many minutes I’m on-screen or how big the role is, this is a big deal. 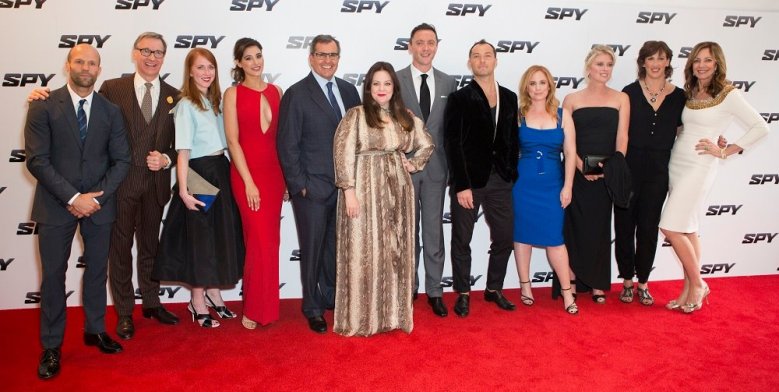 Was the experience more comfortable for you, compared to working in Hindi movies, because English is your first language?
It was but the sense of humour culturally is very different in India. I get the American sense of humour and even the British one. In Main Tera Hero, we have a scene where Varun sings a bhajan (devotional song) to the beat of Ranbir’s Badtameez Dil. I just didn’t get that (laughs). I really questioned everyone and asked how this is funny? Anupam Kher explained it to and had to associate it with something that I would understand. Then I said, “Oh, that’s funny”. With me, it’s sometimes lost in translation in Bollywood. I literally translate everything and I don’t get the jokes. Then someone has to explain it to me. I am the poor person that has the delayed reaction to a joke (laughs).

There is a major action sequence in the film between you and Melissa McCarty. Did you have to prepare a lot?
I had three days of choreography and quite some time over the day going over everything. There were still issues when we filmed it. I hurt myself a few times and Mellisa hurt me a couple of times too. But it turned out alright in the end.

This interview was first published in Asian Sunday Newspaper (National).