Directed by Rohit Rohit started the first day of the shoot with all boys brigade of the film; Varun (Dhawan), Varun (Sharma), Sanjay and Johnny. The rest of the cast will soon join the shoot.

Written by Sajid – Farhad, the film’s music has been given by Pritam and the cinematographer of the film is Dudley. The film is slated to release this Christmas. A UK distributor has not been announced yet. Here’s to another Rohit Shetty Style flick!

Check out images from the first day here: 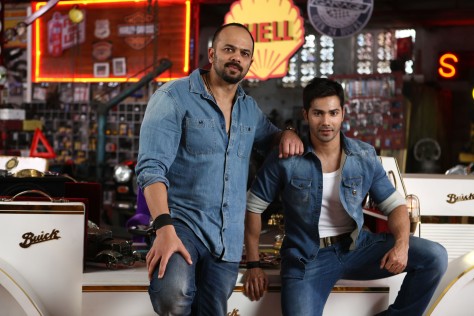