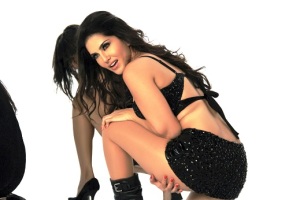 Within days of its launch, Baby Doll, the sensational Sunny Leone dance number from Ragini MMS-2 has emerged a thumping hit worldwide.

The track has recorded over 5.1 million views online till date and became the Most Trending Video on YouTube in no time, a rare feat for any Bollywood track. It is the current favorite among DJs in clubs and discotheques across the country and has made a smashing entry across the charts. Sunny’s oomph quotient in the track and its top-notch picturization have accentuated its runaway success.

Composed by Meet Bros Anjjan and written by Kumaar, ‘Baby Doll’ marks the playback debut of the London-based crooner, Kanika Kapoor, who shot to fame with her remix of Arif Lohar’s ‘Jugni Ji’. Following the overwhelming response to the track, the makers are also coming up with a remix.