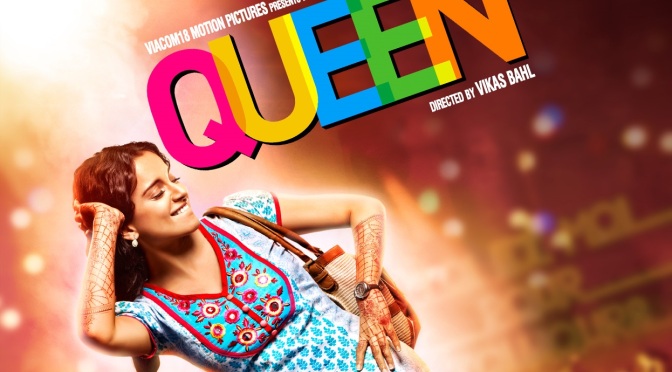 The new song Hungama Ho Gaya from Queen has been released by T-Series.

The high-on-energy song features Kangana Ranaut, as Rani, with the outspoken Vijaylaxmi, portrayed by Lisa Haydon, letting their hair down at a nightclub.

A party anthem all the way, Hungama Ho Gaya is a remake of the original version sung by Asha Bhosle. The new video has our very own Rani from Rajauri dressed in plain-jane kurti and pair of jeans, losing all her inhibitions, dancing like there is no tomorrow, at an extravagant club in Amsterdam.

Amit Trivedi’s magic mixed into the song and Rani doing the happy dance, make one want to get up and hit the dance floor.

Queen is about a shy, simple girl from Rajauri, who has been dumped at the altar by her fiancé. However, she decides to go on her honeymoon, all alone. The movie is about her meeting new friends in an entirely new place, and having the time of her life.

Presented by Viacom 18 Motion Pictures, Queen is a Phantom Production.

The Kangana Ranaut starrer is directed by Vikas Bahl, and produced by Viacom18 Motion Pictures, Vikramaditya Motwane & Anurag Kashyap. Queen is scheduled to release in UK cinemas through B4U on March 7th, 2014.