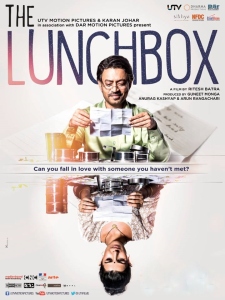 After wowing festivals worldwide and winning hearts back home in India, The Lunchbox, Ritesh Batra’s charming debut film, continues its winning trail. It has won the Church of Iceland award at the Reykjavik International film festival, and the Best Director and Best Actor awards at saint jean de luz Film Festival (a French Festival).

The Lunchbox was also selected in the official competition section of the prestigious BFI London Film Festival.I n the 56th year of this festival, The Lunchbox, starring Irrfan Khan and Nimrat Kaur as two people who exchange handwritten letters,  competed with some of the best films in the world including the Jesse Eisenberg-starrer The Double and the Scarlett Johansson-starrer Under the Skin. The festival also screened Steven McQueen’s 12 Years A Slave and Alfonso Cuaron’s Gravity in the Gala section.

In another key development, Artifical Eye has bought the UK distribution rights of The Lunchbox.

“We acquired the film both because we love it and because we feel it will be loved by UK audiences,” says Artificial Eye Managing Director, Louisa Dent.