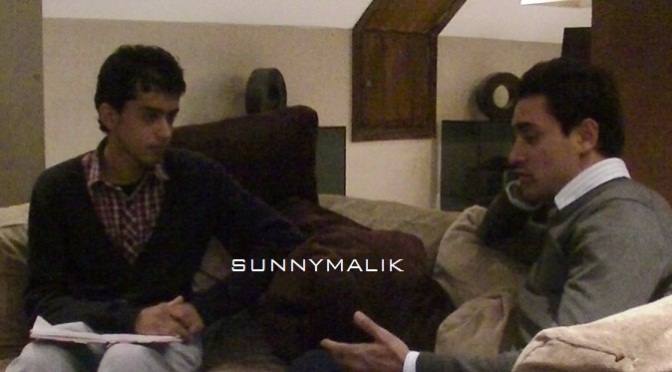 I had the opportunity to speak to Imran Khan for Ishq Magazine, Germany which turned out to be a long casual chat which could have gone on for hours.

Interview:
Congratulations on the success of I Hate Luv Storys.
Thank You

What have you been doing post the release of IHLS?
I had a little bit of shooting left for Break Ke Baad. Right after that, I started shooting for film with Katrina Kaif by Yash Raj Films called Mere Brother Ki Dulhan.

What is your upcoming film Break Ke Baad about?

It’s about a couple who have been together for a long time and they break up and after that, you see what happens. You will see how their lives are progressing independent of each other. It’s all about how they grow up and how they figure out who they want to be and what they want to do in life.

What really excited you about the film?
It’s a love Story. Ultimately, you will walk out of the cinema feeling that it is good to be in love and in a relationship. The film celebrates love and romance.

In “I Hate Luv Storys” you had very conventional female and male characters, a bit
clichéd with the woman being of course the die-hard romantic. In Break Ke Baad this is notably different as here it’s the guy doing the sacrificing while the girl gets to follow her ambition. How well do you and the people around you fit into this guy-girl cliché?
Well, yeah I guess you can call it a cliché. But in this case it is not as cut and dry as you are making it out to be. The guy is a diehard romantic and believes in Love. He will do anything to be with the girl that he loves. For me, that is a classic romantic hero. I found this really endearing and interesting in the character.It attracted me to the script. I think it is what people will take away from the film.

In Break Ke Baad though, as far as I understand, the hero is Hindu while the heroine’s character is a
Muslim, yet that doesn’t seem to be an issue in the film at all.
Yes, but we don’t really develop on that and it is not an issue.

Does this mirror a change in Indian society or is this limited to Bollywood ? 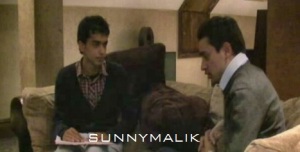 How was your experience shooting for Break Ke Baad? It is a very young crew and I have heard you had a lot of fun in Mauritius.
Let me tell you something. I have never been with a crew, that parties so much. Every single day after pack up there would be a party. Danish hired one of those mini buses which we called the party bus. So the location was an hour away from the hotel and we would party along the Break Ke Baad songs in the party bus.

Vishal and Shekhar have done something really different this time with the music. Which is your favourite track?
It’s an English song called “Don’t worry about me”. It’s very different and not your average Hindi film album. It has a very progressive sound and it’s great that Danish had the guts to do something different. I really hope that it does well. 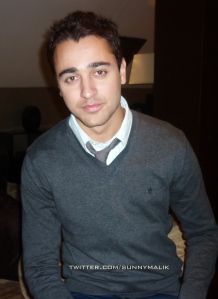 The director never wanted any promotional club song or an upbeat song. How did it eventually come about though?
The “Adhoore Remix”, I don’t really care for, so the less said the better. Talking about” Doorian Bhi Hain Zaroori”, I have always been in favour
of the idea to do a lip-sync song. I am a little bit more traditionalistic in terms of films. I like the “Bollywood Masala” and some of the clichés. I think lip-sync songs do well. People like them and like the hero and heroine dancing and singing. I have always believed in it and I pushed for it. Initially, Danish did not want it but then it came up as a very serious discussion. Danish only agreed if we find a good song and Deepika and everyone else agreed as well. Danish had to find a song, which took him forever because he only wanted a really good song and was not willing to put anything else on the album.

In the interview we took from you right before your first film (Ishq Magazine), you said:
“We are in a position to change society and that’s what we should do.As actors we have that power”.
Until now, you have not shown any indication of being drawn to films with a social message though.
Has nothing suitable been offered to you? Or do you think it’s too early in your career and you first need to establish yourself?
On one hand, I have not been offered anything. On the other hand I don’t feel it’s necessary to do so only through films. Films are made for the primary reason of entertainment. As a secondary thing, if you can get across a message it is a good thing, but it’s certainly not necessary. It is something, I have tried to do in my personal life. Something I do, is encourage young people to vote. Every year, I have done campaigns to encourage people in Mumbai to vote. Animal Welfare and being economical responsible are the kind of things that I feel very strongly about and I give time and money to these causes. I don’t feel it’s necessary and don’t know whether it will work really through films.

Your upcoming film “Mere Brother Ki Dulhan” (My brother’s wife). Do you not think the title gives away too much?
Yes, I do. I was never in favour of the title but my objection was overruled.

Karan Johar signed you for another Dharma Production film called “ Short term Shaadi” (working title).
Yes, I will start shooting for the film on the 28th of this month.

The film is with Kareena Kapoor?
Yes, I pushed for her to be in the film. The guy who will be directing the film is a good friend of mine. He was a second assistant director on “Jaane Tu Ya Jaane Na”. I always knew He will make a good director and He was writing the script keeping me in mind. I think, he always had Kareena Kapoor in mind while writing the female character. The first time I heard it I also told him that it has got to be Kareena.

What was your reaction when you heard the script of  “Break Ke Baad” for the first time ?
I said No to it.

You also said no to “I Hate Luv Storys” the first time you heard it. Does this mean you are very choosy about your scripts? 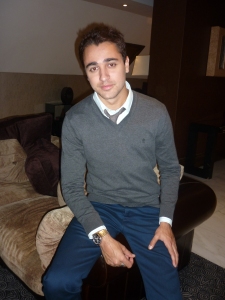 I don’t get involved in redrafting or making changes to a script. To me it either works or it doesn’t. I don’t like sitting with someone and changing the script to something else because then, It might not be what they want. I liked the first part of Break Ke Baad but not the second half. So, I told the director that I don’t feel it’s working and good luck with it, I can’t do this.

How did you come back to “Break Ke Baad” ? Were you presented a new script?
I bumped into Danish at a friend’s place. We spent the whole evening chatting and I felt that I really connected with this guy. The next morning He called me and told me that he has reworked the script. I read the script again that very day and I loved it.

Was Deepika Padukone already signed for the project when you accepted your role?
No, she wasn’t. There is a very short list of female actors in my age group. I was already shooting a film with Sonam Kapoor (I hate LUV Storys). We were looking at different female actors and this was shortly after the release of “Love Aaj Kal” which Deepika was really good in and everyone liked her. This made us really think about her and then we watched a song from “Love Aaj Kal” on Youtube called “ Choor Bazaari”. Whatever she was doing in that song was what our character, Aaliyah Khan was. ‘It’s her’ we said to each other.

The film has been promoted on Facebook and Twitter. Did you not feel that you should have stayed on Twitter for the sake of promoting “Break Ke Baad”?
I feel that is the wrong reason to be on Twitter. I think, if you are on there just to promote your film it is very cynical and people can see through that. There have been people in the past, who signed up a month before the release of their film. If I can see through that, I am pretty sure that everyone else can as well and I don’t want to be that guy.

In an Interview you said that Ranbir Kapoor called you up and said that “Luck was horrible”. You must be very close friends then ,I presume?
Yes, we are friendly and there isn’t that barrier of propriety between us. I will use that as an example, as “Luck” was generally not liked and it wasn’t successful. So there is that level of honesty between us that he could tell me that “Dude, I saw your film and I didn’t like it.” A lot of people will do the opposite and will tell you that you are doing fine and that is not helpful. So, I am using that to illustrate that there is that level of honesty between us. On a personal level, he is someone I like and on a professional level he is a hell of an actor.

What happened on Koffee with Karan Season 3 with  the lip lock between you and Ranbir Kapoor?
(Laughing) We are professional actors and we know how to fake it. It is going to be a hilarious episode. I was shattered with a lot of travelling and night shootings when I shot that episode. We actually hijacked the show from Karan Johar. It was Koffee with Ranbir and Imran and Karan was our guest (laughing).

According to reports you and Ranbir said on the episode that you want to be in Dostana 3. Was that a joke or would you want to do that?
It was a joke that had come up during Filmfare, when I and Ranbir were shooting for the first time. It was kind of nice that we referred to that joke and just carried it on.

What is happening with Delhi Belly, which is your upcoming project?
We have completed the shooting and it is in the process of editing. It has been slated for an end of April release.

It’s an Aamir Khan production and the last we have seen from the production has been something with a social message. What kind of film is Delhi Belly?

Khan remembered me from his recent visit to London to promote IHLS. Imran signed an audio CD of “Break Ke Baad” and posed for a few pictures.
The actor then attended an expensive “Meet and Greet Dinner Party” in London on the same day.

This interview was first published in Ishq Magazine