The British Asian Trust hosted its 4th Annual Dinner tonight at Guildhall in London. The night proved to be extremely successful with distinguished guests turning out to support the charity and raising an astonishing £850,000 to support the Trust and its projects in South Asia. 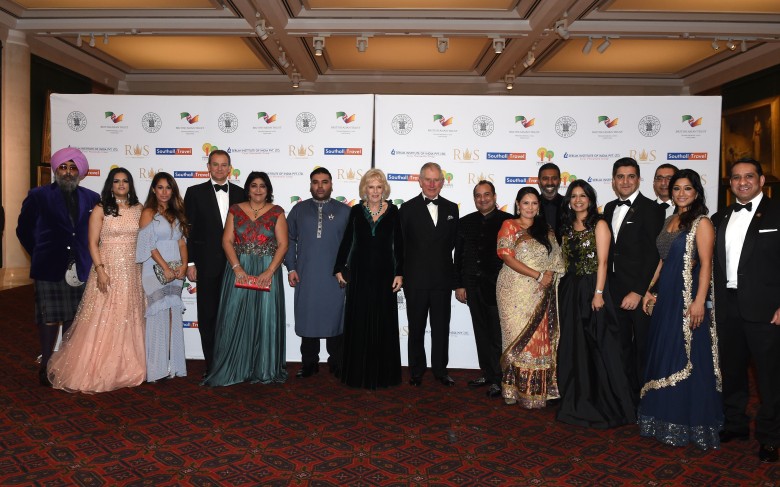 International Development Secretary Priti Patel said: “The British Asian community has long played a vital role in the fight against global poverty by dedicating their time, money and expertise to this global struggle. I am delighted that the Department for International Development, has such an enduring partnership with the British Asian Trust which helps to defeat poverty and suffering in the world.

The recent match funding of public donations to the British Asian Trust’s ‘Give a Girl a Future’ appeal has already helped 50,000 women and girls in Pakistan get the essential skills they need to secure steady jobs. There is no task more urgent than defeating poverty. Britain plays a leading international role in tackling the root causes of poverty and supporting the education and livelihoods of the world’s poorest.People in Britain can be proud of the way UK aid is saving and changing lives on an incredible scale.”

The night was hosted by BBC broadcaster Nihal Arthanayake, a British Asian Trust trustee, and welcomed over 450 supporters and ambassadors. Pakistani music icon Rahat Fateh Ali Khan, who was announced as a new British Asian Trust ambassador on the night, performed and also collaborated with British chart-topping producer Naughty Boy. 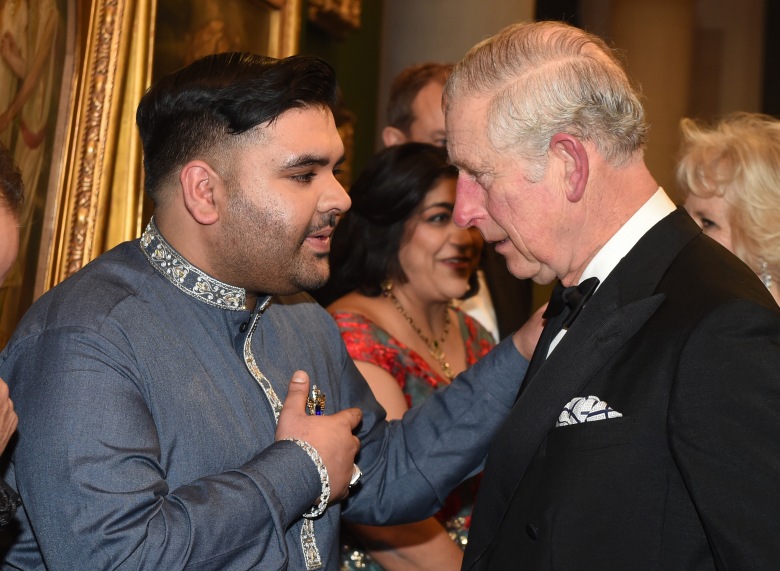 Rahat Fateh Ali Khan said: “I have followed the work of the British Asian Trust for some time and it was an honour to perform tonight for THRH’s The Prince of Wales and The Duchess of Cornwall. I am delighted that The Prince of Wales also announced that I will be working more closely with the British Asian Trust as an ambassador, to further support their incredible work in transforming lives across South Asia.”

Guests were introduced to two of the Trust’s beneficiaries, Navanitha and Kalsoom who have travelled to the UK from India and Pakistan respectively and were welcomed by HRH The Prince of Wales and HRH The Duchess of Cornwall.

For Navanitha, her life changed when she signed up to a football programme with the Trust’s local partner. She proved a natural in the sport when girls playing football was not accepted as a social norm in India. She challenged this and has changed the perceptions of girls’ abilities in her local community and is an inspiration to a new generation of Indian girls. 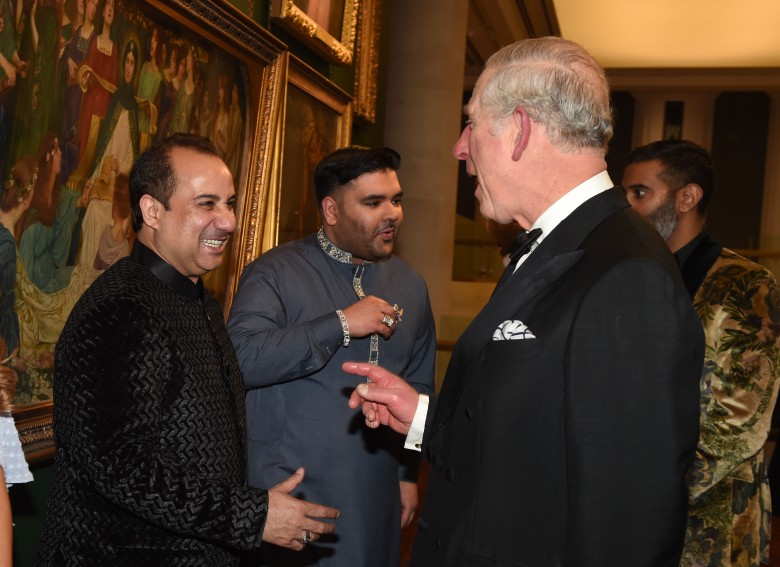 Navanitha said: “I am very happy to be here and to meet the Prince, it is a proud moment. It is amazing to see the support for the British Asian Trust, whose work has helped changed my life and so many others in South Asia.”

Kalsoom was born into poverty to uneducated parents, but she was determined to complete her schooling. She briefly became a teacher, but this was cut short when her marriage ended after her husband tormented her for giving birth to a disabled son. Despite the social stigma of divorce, Kalsoom raised her son alone.  Her life changed when she enrolled on a training programme with the Trust’s local partner. Spotting an opportunity in her community, Kalsoom launched her own training centre and now teaches sewing techniques to 20 girls.

Kalsoom added: “When I left Pakistan to come here my expectation was very different. Since I’ve come here and met everybody, my thoughts have definitely changed. I’m so impressed with the work of the British Asian Trust, how they have supported us and shared our pain.” 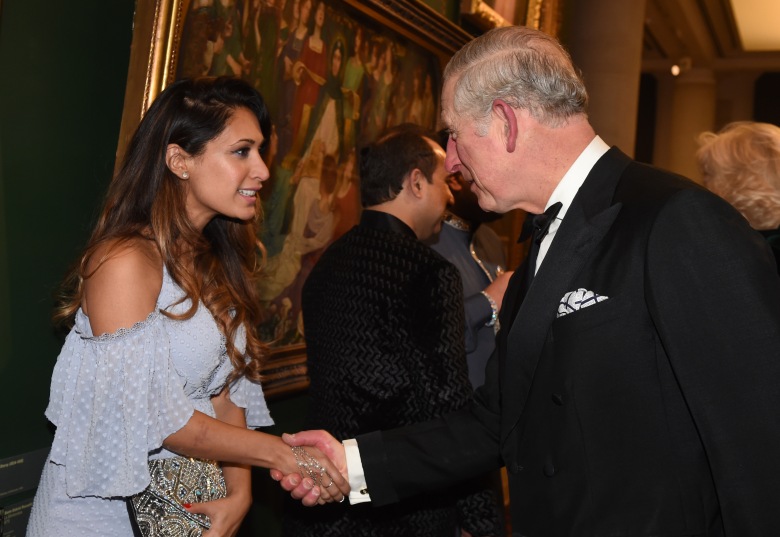 To date, the British Asian Trust has touched the lives of over 3 million people in South Asia, and the gala dinner marked the beginning of a special year that will focus on four key areas to transform the future of South Asia – Education, Anti-trafficking, Livelihoods and Mental Health/Disability.

Richard Hawkes, CEO, British Asian Trust said:“This has been another fantastic evening for the Trust, on our 4th annual dinner. We have felt tremendous support, warmth and encouragement for our work from all of our supporters. On this important night, not only did we raise £850,000 for the charity, we were also able to share the life changing stories of two incredible beneficiaries Navanitha and Kalsoom, who have joined us tonight and brought the Trust’s ongoing hard work and impact to life. We look forward to a special year in 2017 as a trusted partner for South Asia.” 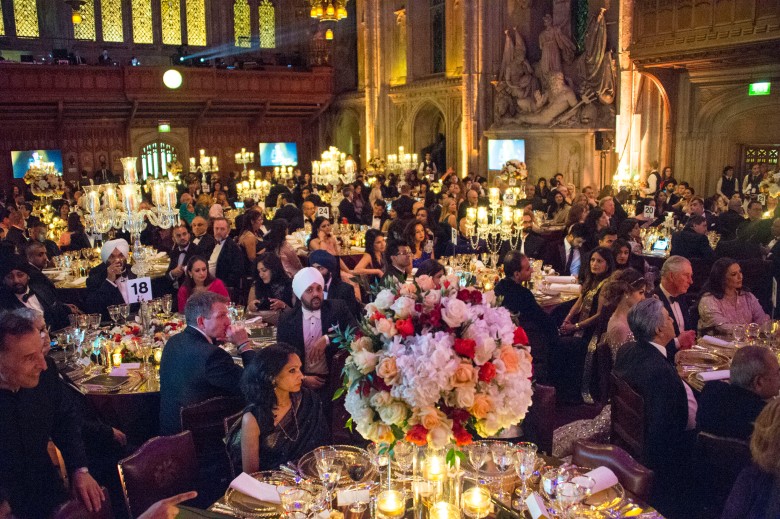