Red Chillies Entertainments Pvt Ltd and Rohit Shetty Productions have released the love anthem of the year ‘Gerua’ from their upcoming film Dilwale. 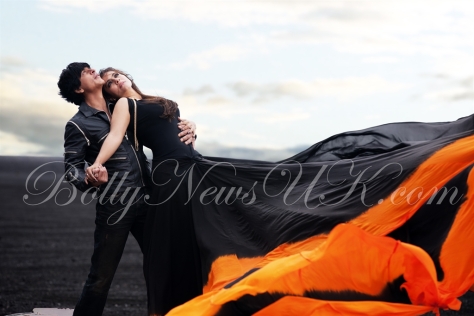 ‘Gerua’ is featured on the iconic couple of Kajol-SRK in the film and has been sung by Arijit Singh and Antara Mitra. The lyrics have been penned by Amitabh Bhattacharya.

Dilwale is set to release in UK cinemas on 18th December 2015.