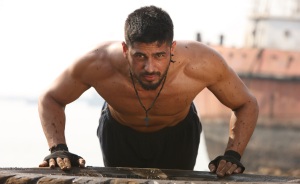 Bollywood chocolate boy Sidharth Malhotra made a stunning debut with Karan Johar’s ‘Student of the Year’ in 2012. The 30-yea-old actor has since played a number of diverse roles. His second movie, ‘Hasee Toh Phasee’, saw him playing a lover boy in a very quirky rom-com. Sidharth then surprised audiences worldwide with his critically acclaimed portrayal of a gangster in ‘Ek Villain’.

‘Brothers’ marks his fourth feature film as an actor where he plays a loner and an alcoholic. Sidharth plays the role of Monty who struggles hard with his complex existence. He shies away from crowds and he does not have any friends. He is active in the world of underground street-fighting, but he lacks a winner’s attitude. He strongly yearns for the acceptance and love of his family. This yearning for approval and respect leads him to find the needed focus and determination to make it big in the street fighting circuit. When the ‘Right to Fight’ competition is announced, he makes it his life’s mission to win it to earn respect and to find his rightful place in the world.

Speaking to Bollywood Reporter Sunny Malik, Sidharth opened up about the film and much more…

‘Hasee Toh Phasee’ was an interesting rom-com and ‘Ek Villain’ completely transformed you. How has the journey in Bollywood been so far?
The journey has been interesting. I learnt a lot of things and there were quite a few ups and downs.  People typecast you once you do a romantic movie and if you do an action flick, they put you in that space. I have attempted to do all genres.  Even though Ek Villain and Brothers have action in them, you can see that they are diametrically very different. I feel now there is far less anxiousness from my part when I interact with people from the film industry as well. When I entered the movies business, I had a lot of general and work pressure as well as performance anxiety. That has reduced. The feedback I got helped me and also when a film was successful at the box office.  That gave me a confidence boost that there is an audience that is excited to see my movies and will pay money to watch them at cinemas. I also feel a bit responsible that I need to give out better content and not let that go. What I don’t like is that everybody starts typecasting you instantly. What  I want to do is to adapt to both; a  romantic film and also a hard-hitting action film. 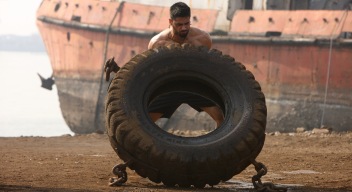 You have been choosy and not been signing films left, right and centre. Why is that?
Yes, I have been a bit choosy. If a film demands it, like Brothers did, I take off time. I was preparing for about six months. I needed to be convincing for the role hence, I needed to eat and gain a lot of weight. It was also a different role for me as people wouldn’t imagine me playing such a role. If I can choose from the material that I am offered then it needs to be something new, it should have an X factor for me and get me excited. I get bored if it gets monotonous. Of course, the script and screenplay has to work. For me, my character also needs to have a journey from the beginning till the end. The director is also quite important for me. When I meet a director, the vibe and their passion should show. Then they can push your limits. I knew Karan Malhotra even before Brothers. I knew that he doesn’t settle for anything short than a great or perfect take. That makes it easier for me as an actor because you know someone is pushing you for the right reasons. The combination of trying something new, a great script and a good director are probably the things that I will look for in my next projects. I also think it’s great that actors take out time from their schedule to work on a character. I can assure you that I haven’t looked like this in my other films and neither do I look like that right now. It was all for a particular project and to make it look convincing. I did get a vibe from some people who thought it’s too early for me in my career to take off time to work on my character. I thought and still think that it’s best for the film and if it will pay off, then that is what actors should do. 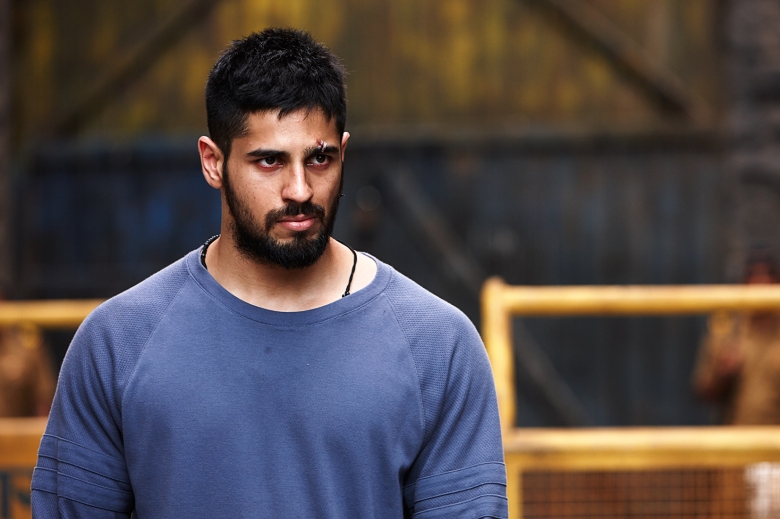 Was it weird looking at yourself in the mirror after your physical transformation for Brothers?
Oh yes, it took me a while to get used to my beard. I have never had such a big beard ever in my life. Neither did I ever have such short hair. I also gained about ten kgs in four months. It took me a while to get used to it and my clothes stopped fitting me. I had to get a new wardrobe. Some people think keeping short hair is very macho and very easy but it takes more time to maintain it. It was definitely more effort for me to keep it short and get it trimmed every second day. I had to spend more time in my van to get ready and I hate that. I love to just come in, get ready quickly and be on the set. It took me a while to get used to my look but I also knew that it will make the film and my character look more convincing.  That was my main goal. Hats off to Karan Malhotra, the director, as he showed me an image of a 6 foot 4 inch tall bald wrestler. I got scared thinking that I have to shave off all my hair for the film and I was just freaked out because that guy was too big (laughs). He told me that he wants me to look that way. He told me that I need to physically look very broad and massive. I promised him that I’ll do whatever the best I can and that’s when I decided to not to do anything else and just prepare myself for this film.

You have known Karan Johar, the producer, and Karan Malhotra, the director for many years. Who approached you to star in the film?
It was Karan Malhotra himself when it came to offering me the role. He was about to start another film, Shuddhi perhaps and I was supposed to do another project post Ek Villain. It was quite interesting how Brothers fell into place for all of us. Endomol had been trying to make this film with various production houses in India for a few years and it never really worked out. I remember that one night he was meeting Karan Johar and Reshma (head of a talent management agency), and on top of his head Karan Malhotra told them that a film he really wants to make is Warrior. Reshma said that she knows the people who have been trying to make this film in India. They then had a meeting with Endomol after two days of that conversation and Karan was asked to adapt the script and wrote the Hindi script in about a 40-50 days. He considered me because of Ek Villain and also because he knew me personally. I was excited because he had great standards of filmmaking and a lot of conviction more than anything else. When you come on set, you just know that Karan had thought about every little detail from how to shut a door and what kind of look the actor needs to give for a scene. He was very clear about these things and that’s why as an actor you don’t need to do a lot of homework. The film has a lot of drama but it’s very subtle, which is today’s flavour. The audience will get the impact but were not really performing for drama. 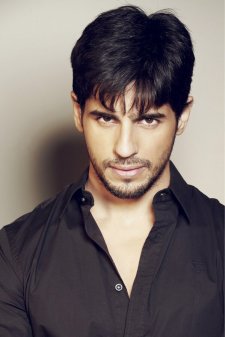 You must have been thrilled when Akshay Kumar came on board too…
Even Akshay Sir was supposed to do another film instead. It’s really amazing how everything fell into place.  We all changed dates and pushed films ahead to do Brothers. We all were destined to play roles in the film. When I came on set, I realised that all four of us, Karan Malhotra, Jackie Shroff Sir, Akshay Sir and I were very similar in personalities. We all come from very basic and non-film backgrounds. We are all about doing the right thing. Hence, we got along really well. I also don’t have a female heroine in the film and all I did was hang out with Akshay Sir and Jackie Sir which was refreshing. I think, the male energy that audiences will see on-screen hasn’t been seen in Hindi cinema for a while.

The trailer doesn’t reveal whether your character is truly negative or positive. Can you shed some light on this?
Well, it will be difficult to predict who is negative and who is positive in the film. The only difference between the two brothers is that Akshay Sir’s character has a very personal and correct reason to fight the competition while my character has an internal motivation to fight the competition. My character is not doing it for money but only to prove a point to my friends and family that I’m worth something. That’s why the character comes across as more aggressive but isn’t really negative. Akshay Sir plays the family guy and is doing it for his family. The film is not really about who wins the fight. It’s more about the conflict the two brothers have been living with; their abusive father, their angst, their mother who died when they were young and all that is bottled up till the climax. It makes my character and Akshay’s character, being the older and mature one, handles it differently. I think it’s not a negative character. It’s just different.

Directed by Karan Malhotra, ‘Brothers’ is produced by Karan Johar and released by 20th Century Fox.  The film is out now nationwide.