The story begins in the sparkling lifestyle of popular Delhi socialite family and primarily revolves around the two siblings; portrayed by Ranveer and Priyanka.

Speaking to Bollywood Reporter Sunny Malik, Ranveer talked about the new craze of ‘dubsmashing’ videos, filming in Europe, working with Priyanka again and much more…

You have been interacting with your fans on Twitter very frequently lately…
Yes, I love communicating with my fans over Twitter. I like getting feedback about what people like and dislike about my work. My favourite part about social media is that they have direct access to me and vice versa. I really appreciate everything they write to me and it puts a smile to my face every day. It’s also a great medium to get your work out there. Internet has become such a major part of everyone’s life and digital marketing is huge now. I remember, the brand for my first advertisement didn’t have budgets for TV spots and we decided to only release it digitally. That opened up my eyes because it did really well and the reach was enormous. That gave me the belief that social media is important to promote your work as well as for interactions with fans.

Your Dubsmash videos are pretty amazing too…
(Laughs) We were doing interviews with a TV channel and they suggested that I should do one. A lot of people had sent me their ‘dubsmashes’ and I thought why not? I tried it and I really liked it. I did one with Priyanka and one from an old Anil Kapoor movie. These things amuse me more than anyone else (laughs). But I’m glad that other people enjoy them too. I do them for my own enjoyment though, in all honesty. It gives me a kick.

You play a typical Punjabi character in the film. You are Sindhi but are quite Punjabi in nature. It wasn’t very hard then to portray the role, or was it?
I am Sindhi and there is a little bit of Sikh in me as well. My paternal grandmother was a Muslim so I’m a little bit of a mix. My family came from Karachi, they were based there. It was actually very easy to get into the character unlike the current movie that I’m filming for, Bajirao Mastani with Deepika and Priyanka. It’s a Sanjay Leela Bhansali movie and I had to lock myself up for three weeks in a hotel room to work on my voice, body language, appearance and everything really. That was a big process but getting into Kabir Mehra’s character was pretty straightforward. He comes from a business family like I do, he was raised and comes from an urban area and is in the same age group as me. The character is demographically and socio-economically very similar to me. I noticed, while dubbing for the movie, that Dil Dhadakne Do is the closest to who I am compared to any other characters that I’ve played in the past. 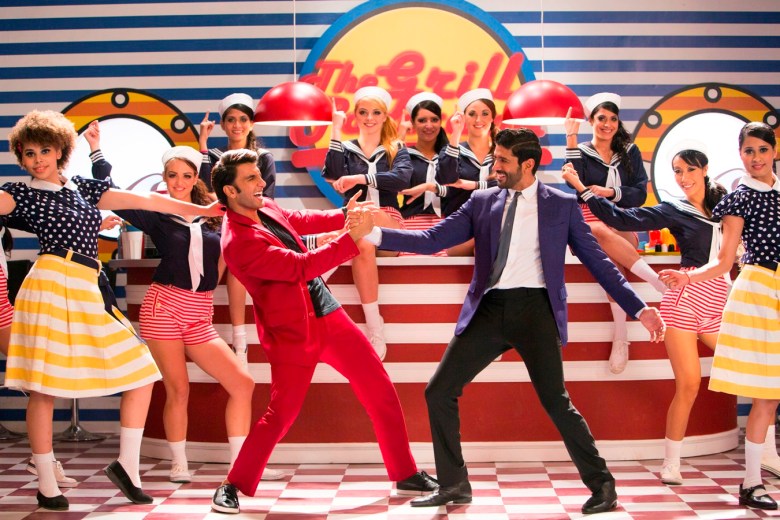 You are a big Anil Kapoor fan and it’s quite apparent from the promos that you enjoyed every moment of working with him…
Yes, I’m glad you noticed (laughs). That applies to off-screen too as he’s such a great guy. He’s warm, hilarious and genuine. He doesn’t give you the ‘senior’ vibe and it’s more like acting with a ‘bro’. I had the great opportunity of working with another childhood idol of mine from the 90’s, Govinda, in Kill Dil. It was different because it felt like he was my senior and I would just listen to his stories and learn from his experiences. That was fun but with Anil it’s different. We work out together and we really bonded during the making of the film. 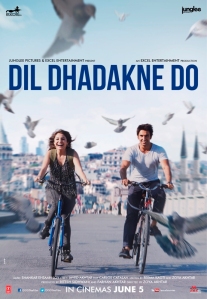 There is quite a lot of buzz that you are working with Anushka Sharma again…
Well, Anushka is an absolutely stunning actress. Above all and beyond everything, I have tremendous respect for her talent and acting abilities. She’s the best part of most of the movies that she’s been in. She really made a mark with NH10 as an actor and producer. I was very happy and excited that I have such a solid co-actor to work with. I was actually pleasantly surprised that Anushka will portray the role. I never thought that she would take on such a role. But this shows us exactly how secure she is as an actress to make these choices as it’s an ensemble film. I was over the moon when she signed the film and had a blast catching up with her. I did two movies with her back-to-back at the start of my career. We lost touch after that but it was good catching up with her while working on Dil Dhadakne Do. She makes acting very easy for her co-stars so that was great.

You have changed tremendously from the time you made your acting debut with Anushka. Did she notice the changes?
Well, I was trying to make it a pleasurable experience for her to shoot with me for this film. That is because I know what a pain in the #@#@ I was in my first and second film. I had all these questions and I was overenthusiastic. I had to be guided at every step and that can be quite a painful process. She was trying to get her job done but also had to deal with this novice rookie actor. I can’t imagine that to be a pleasurable experience but she was kind and nice to me. This time I made sure that I could be the best co-actor for Anushka. I even asked her that a few times whether I have become better now and if I am less of a pain now (laughs). 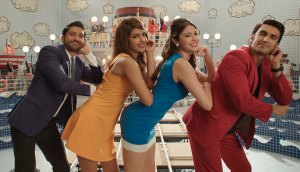 In Gunday, you and Priyanka Chopra played lovers, in Dil Dhadakne Do you portray siblings and in your next, Bajirao Mastani you play a married couple. Isn’t that a bit weird?
It’s weird. I’m not going to lie. It’s a bit of a dysfunctional relationship that we share. She has pretty much played my girlfriend, my sister and wife back-to-back in the span of a year-and-a-half. It’s weird but also testimony to the fact that Priyanka is a very competent actor. She can fit into any mould. It’s weird when you say it like that (laughs) but Priyanka is really professional. We trust our directors and we hope our audiences have evolved to accept two actors playing different characters for different movies.

How was it like filming all over Europe and on a cruise for most of the film?
It was like a paid holiday (laughs). There was not much work. It was pretty much just having a conversation whether it was a bar, on a couch, in a room or on a bus. It’s not like Bajirao Mastani which is emotionally and physically draining. As it was an ensemble cast, I would have two days off every week and I would find a new place to go to every time. It really felt like a holiday. I don’t think any other shooting experience will match up to this.

Dil Dhadakne Do is now in UK cinemas nationwide.

This interview was first published in Asian Sunday Newspaper.