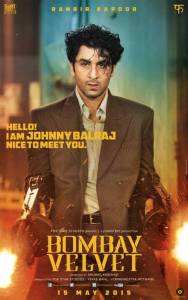 Bollywood superstar, Ranbir Kapoor, is India’s heart-throb with millions of fans around the world. Even when the actor is in London, he is greeted by screaming fans when they spot him enjoying a meal at Nobu, relaxing at Café Rouge on James Street or shopping at Selfridges.

Born to actors Rishi Kapoor and Neetu Singh, Ranbir belongs to the First Family of Indian cinema and is the grandson of India’s most noted actor, Raj Kapoor.

Kapoor learnt method acting at New York’s Lee Strasberg Theatre and Film Institute and is one of the few Bollywood actors with a formal training in performing arts.

In 2007, Ranbir made his acting debut with ‘Saawariya’ which won him several accolades and established him as a budding superstar. His performances in his last few films such as ‘Barfi’ and ‘Yeh Jawaani Hai Deewani’ and the commercial success of these movies gave him a straight ticket to the big league.

But it’s not just his work which made him so famous. After dating actress Deepika Padukone and their public break-up in the beginning of his career, he was considered an industry Casanova. There were constant affair rumours with whoever he was working with and his personal life was splashed across India’s newspapers frequently. Even today, conjecture about when and if he will marry his current girlfriend, British-Indian actress Katrina Kaif, is more of a talking point than his work.

While Ranbir was pretty open about his relationship with Deepika, he has never really admitted to being together with Katrina Kaif and neither has she. The duo are often spotted together abroad and in India. They both tend to avoid media interactions to evade questions about their personal life.

All the drama about his personal life doesn’t really affect the actor as he is currently working with some of the biggest names in the industry and is wholeheartedly focused on his job.

Kapoor can be seen in UK cinemas this month in ‘Bombay Velvet’, produced by Fox Star India, a joint venture between 20th Century Fox and Star India.

The film is directed by Anurag Kashyap and also stars Anushka Sharma and director-producer Karan Johar (My Name Is Khan) in his first full-fledged acting role.

Set against the backdrop of ambition, love, greed, and jazz, ‘Bombay Velvet’ is the story of one ordinary man, played by Ranbir Kapoor, who goes against all odds and forges his destiny to become a rich and successful man.

Ranbir Kapoor spoke to Bollywood reporter Sunny Malik about the film, his co-stars, avoiding social media, being a star, friendships and much more.

How did Bombay Velvet come about for you?
It’s a strange story. I was supposed to do another film a few years ago which didn’t materialise. My friend, Vikas Bahl, who is one of the producers of Bombay Velvet gave me the script and asked me for feedback. I knew that Anurag Kashyap wanted to make this film and after reading the script I called him up myself. He told me that he couldn’t visualise me in the role as he was used to seeing me in the typical urban coming-of-age type of characters. The film did eventually happen and it’s been a dream experience for me.

How was the experience of changing your appearance for the character?
It was very different especially because of the kind of character that I play in the film. He is someone on the streets of Bombay with plenty of passion and greed. I had to look the part. The look has been inspired by Indian actors Kishore Kumar and Raj Kapoor from the 1950’s as well as Robert De Niro. We tried to mix everything to bring in a new look to the character. If someone has seen ‘Yeh Jawaani Hai Deewani’, they will see a completely different person in me this time around. The whole crew also worked extremely hard to recreate the retro look of Bombay.

What do you have to say about the comparisons being made to Hollywood films?
The comparisons are unfortunate. We made an Indian film which is essentially a love story with its share of conflicts. It’s also something new for Indian audiences. The visuals of gangs in Bombay in the 1950’s isn’t something they are used to, hence the comparisons. I can promise everyone that it’s very much a Hindi film.

You are working with Anushka Sharma for the first time…
I have loved Anushka right from her debut film, ‘Rab Ne Bana Di Jodi’. I have known her on a personal level even before we started filming for ‘Bombay Velvet’. It was really comfortable. Anushka comes with no trappings of a star. She brought a lot of positivity and talent to the role which made the experience quite enjoyable. The love story is the spine of the film and it is very important that audiences believe in it. I believe that chemistry between characters on-screen is always written by the writer and created by the director. The actors just bring the energy.

How did you react when you were told that director-producer Karan Johar will play the antagonist in the film?
To be honest, I was shocked. I was very surprised that he was going to play the main villain in ‘Bombay Velvet’. The cunning and manipulative nature that Karan brought to the character was very unique. I don’t think any other actor in Bollywood could have done that. We also don’t realise how big of a star Karan Johar is. Even though he hasn’t really acted in movies, he is known worldwide and has brought a lot of star value to the film and weight to the character.

You are not on social media but you hate promoting a movie. Would it not be easier for you to just join the bandwagon?
I truly believe that online and digital is the way forward. I support and encourage online marketing because you reach a huge audience. I personally don’t like social media just because so much is written about my personal life. I have nothing against these platforms. It’s a double-edged sword for me. Personally, I don’t feel comfortable using social media but I do know that it can help promoting a movie.

Your father, Rishi Kapoor, recently re-joined Twitter. He is hilarious and unabashedly honest…
I know, all my friends have told me that after reading his tweets. To be honest, that’s how my father has always been like. He isn’t trying to be funny or trying to be someone he isn’t. I am glad that people are getting to know this other side of him now too.

Do you believe that a ‘star’ needs to remain inaccessible?
Absolutely. Actors and celebrities around the world are over-exposed nowadays. The paparazzi trend has kicked off in India too and a lot is written about our personal lives in tabloids. The sense of mystery about actors is dying because people have too much information about them. Half of the time, it’s nonsensical and extremely exaggerated information. It’s good to stay away, do your work, build a little bit of a mystery and let people discover you through your work.

There is some distrust in the movie among the main characters. Do you personally find it hard to trust people because of who you are?
It’s a tough predicament to be an actor in our industry. When you are successful, you have many people around you who want to work with you. When your films are not doing well, they all run away. It’s very important to know who your real friends are and who can be trusted. Friendships need to be on the basis of love, care and trust. It’s very hard to get this in the film industry. I have been lucky enough to find friends in the industry like Ayan Mukherji, Imtiaz Ali and Anurag Basu with whom I am also working professionally. It’s very hard though. You have to be careful because when things go bad in your life and people who you thought were friends, may just not be there for you.

‘Yeh Jawaani Hai Deewani’ was your first film that crossed £1M at the UK Box Office and was a blockbuster worldwide. Do you feel the pressure with this film now?
‘Yeh Jawaani Hai Deewani’ was a film made with a commercial purpose. It had a quintessential love story, a beautiful heroine, a flirting hero, super hit songs and the dances. It was expected that it would do well. I didn’t expect commercial success for my film ‘Barfi’ with Priyanka Chopra. It was surprising. It’s important to surprise yourself and see how things unfold. ‘Bombay Velvet’ is that kind of film. You have to leave it to the audience because films are made for them. Movie-making is expensive and we don’t create films for ourselves or just the art purpose. They have to work at the Box Office too.

You will be filming in London for the first time for Karan Johar’s next directorial, ‘Ae Dil Hai Mushkil’, this summer. Are you excited?
Absolutely, especially after doing an intense film like ‘Bombay Velvet’. I have finished my film ‘Tamaasha’ with Deepika Padukone and I will be completing ‘Jagga Jasoos’ with Katrina Kaif this year too. I really want to do a light, urban love story and there is nobody better for that genre than Karan. To work with Aishwarya Rai Bachchan and Anushka in the film is really thrilling and another exciting chapter for me. I just hope that I can match the expectations of a Karan Johar hero. He has worked with the best of the Indian film industry and it’s really heart-warming that he has chosen me as his next leading actor.

What else can we expect from you?
‘Tamaasha’ directed by Imtiaz Ali should release by the end of the year, perhaps November. Anurag Basu’s ‘Jagga Jasoos’ should release after ‘Tamaasha’. Karan Johar’s ‘Ae Dil Hai Mushkil’ will release next year. I will also be collaborating with Ayan Mukherji for the third time. It’s not a superhero movie as many people have that misconception. He is making a mythological trilogy set in contemporary times. He will be spending ten years of his life making that trilogy and that’s definitely very exciting.