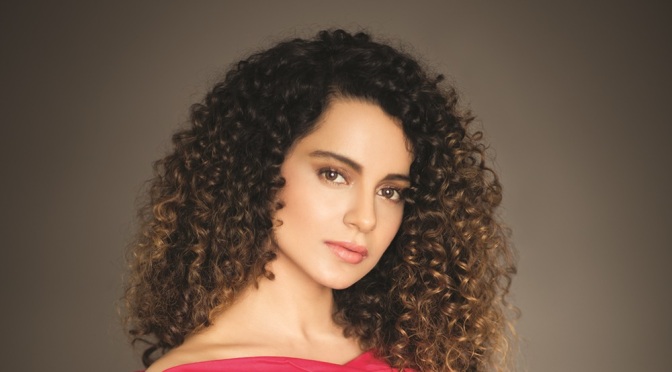 A Tragedy Queen. Wild Child. Karma Chameleon . Woman of Substance. Kangana Ranaut has had a meteoric rise and emerged as the dark horse of the industry, creating a unique irreplaceable identity for herself.

The actress who hailed from a small town, travelled a long way with big dreams of being a superstar, and has successfully managed to do so on her own terms.

Unconventional and eccentric, Kangana never shieds away from experimenting and shedding her skin to transform into her memorable characters. While she showed tremendous promise in films like Life in a Metro and Once Upon a Time in Mumbaai, Kangana defied stereotypes with films like Fashion and Tanu Weds Manu.The actress also stole the show in Krrish 3, as she metamorphosed into the edgy Kaya, and then went on to cement her position as possibly the best actress of her generation with Queen, for which she won a National award.

Brand Kangana has been unstoppable, as the versatile actress had audiences and critics applauding her double act in Tanu Weds Manu Returns, the sequel of the 2011 sleeper hit. The social media platform was taken by storm ever since the trailer of the film was launched, with praise coming in from all quarters for the actress.

Says Bhawana Somaya, “What can one say about Kangana Ranaut who never stops to amaze you and who excels in film after film. She walks the part like a breeze…”

Raindrop Media ,who have been part of Kangana’s journey say, “Kangana is a coming-of-age actress and created a niche space for herself that only she reigns over.After the stupendous success of Tanu Weds Manu, Krissh 3 and Queen, the best is yet to come with Tanu Weds Manu Returns”.

Kangana will be seen in UK cinemas next month in Tanu Weds Manu Returns.