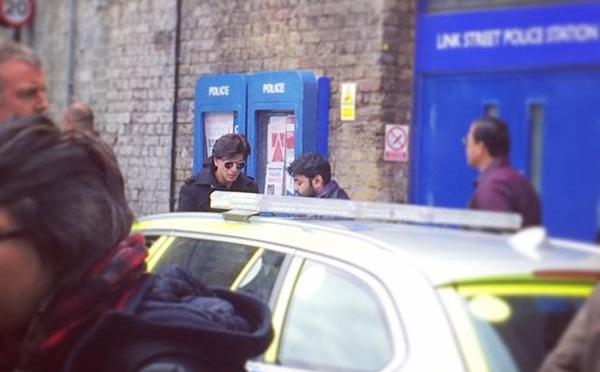 Award-winning Bollywood superstar Shah Rukh Khan has been filming scenes for his upcoming film FAN in the English capital for the last few days.

The 49-year-old actor filmed for scenes at London King’s Cross railway station, Borough Market and on the Soutbank near Millennium Bridge.

Shah Rukh kicked off the UK schedule of the film on Friday at Blenheim Palace, Oxford.

FAN is directed by Maneesh Sharma and is scheduled to release in UK cinemas later this year through Aditya Chopra’s Yash Raj Films.