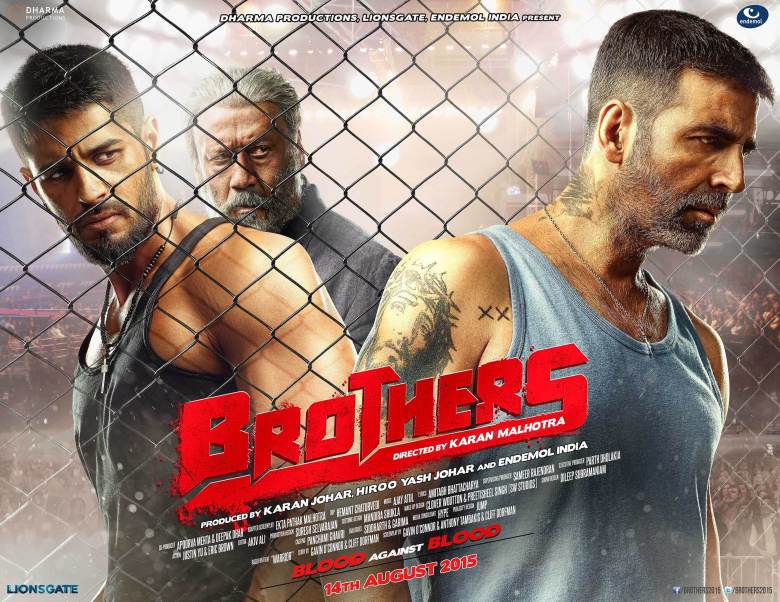 As the title suggests, Brothers is the story of relationship between two brothers gone awry. Riding high on the success of their previous action thrillers, both Akshay and Sidharth seem to be putting their best fight foot forward as they gear up for an intense albeit emotional face-off on the big screen.

Touted to release on the big independence weekend, Brothers is will see one of the biggest releases this year. Directed by Karan Malhotra and produced by Karan Johar, Hiroo Yash Johar and Endemol India, the film is presented by Dharma Productions, Lionsgate, Endemol India.

BROTHERS, heavily equipped with new style of action, with international stunt choreographers at the helm, is to hit the theatres on 14th August 2015.

A UK distributor has not been confirmed by Dharma Productions yet.