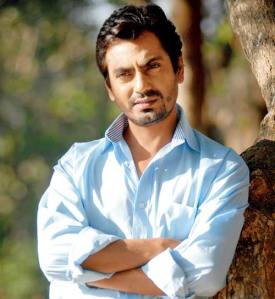 Nawazuddin Siddique is certainly on a career high. Not only has he defied all the norms with the incredible roles that he has earned for himself in several movies this past year, he has also earned the repute of being perhaps the most promising unconventional leading hero in today’s time.

His recent release, Badlapur has earned him some f the best reviews of his career with reports of audience bursting into applause each time he enters the screen with his quirky punchlines. Though the actor has too little time to relish this success, he will now be seen sharing screen space back to back with Bollywood’s biggest Khans. Starting off with Bajrangi Bhaijaan, Nawaz will simultaneously rehearse for his role in Raees with Shah Rukh Khan.

This is interesting as both the Khans are always pitted against each other and this time Nawaz seems to be the common factor between the two. And now co-incidentally both the films will now be shot back to back and will have their schedules interspersed with Nawazuddin being a part of both the films. He will start off the rehearsals for Raees in March while he continues to shoot for Bajrangi Bhaijaan around the same time. Well this certainly is a great year for this actor!