Synopsis: NH10 is the story of a young upper middle class couple Meera and Arjun, driving to a well-earned weekend getaway. Somewhere on the road, they step in to help what seems like a usual village skirmish…not realizing what’s in store ahead!

A thriller at heart, it’s essentially a story of survival and courage – of how a woman stacked against all odds manages to not just stick it out but indeed…Give it back!

This is Anushka Sharma’s first home production under her production house, Clean Slate Films. It is also being produced by Phantom Films and NYSE listed studio Eros International.

NH10 is directed by Navdeep Singh, and stars Anushka Sharma and Neil Bhoopalam in leading roles. The film is a thriller, is edgy, gritty and intriguing.

This March, hit the road on Meera’s journey of a lifetime with NH10. 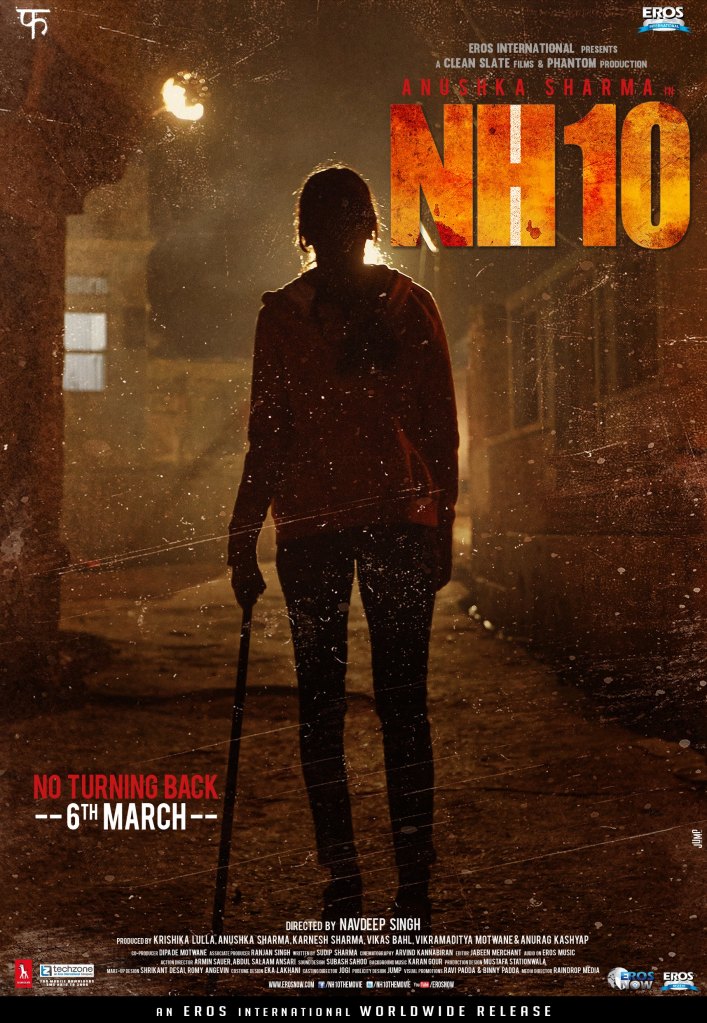