This is the first state side development deal for Chopra, who is repped by Anjula Acharia Bath of DesiHits! and Creative Artist Agency (CAA) in the US.

Priyanka started her US career as a recording artist, signed to Interscope Records/Desi Hits and has since been the NFL’s Thursday Night Football featured artist, for which her track “In My City” is the franchise’s theme song. The sultry beauty also released popular singles, Exotic featuring Pitbull and I Can’t Make You Love Me, a cover of Bonnie Rait’s famous song. Chopra also became the first GUESS girl of a different ethnicity last year.

Considering her international appeal, ABC Television Studios has signed a one-year talent development deal with the talent powerhouse. Under the pact, ABC will develop a starring vehicle for Priyanka and will be designing a concept for her, targeted to fall in 2015.

Speaking to The Hollywood Reporter, Chopra said, “I’ve been a longtime fan of ABC shows, and an admirer of how the network has changed the landscape of TV through the diversity of their lead characters. As an intrinsic creative, I am drawn to opportunities that test me in new ways. I’m honored by the opportunity to share my talent with a game-changing network, and I’m very much looking forward to participate in this new endeavor.”

Priyanka is also currently working on Bollywood movies Dil Dhadakne Do and Bajirao Mastani, set to release in 2015 worldwide. 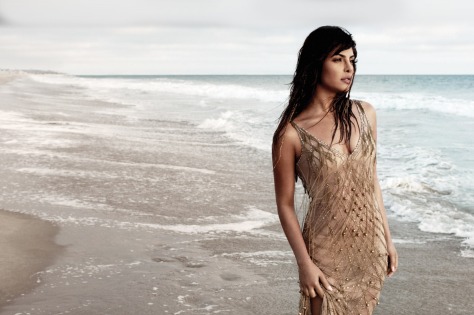