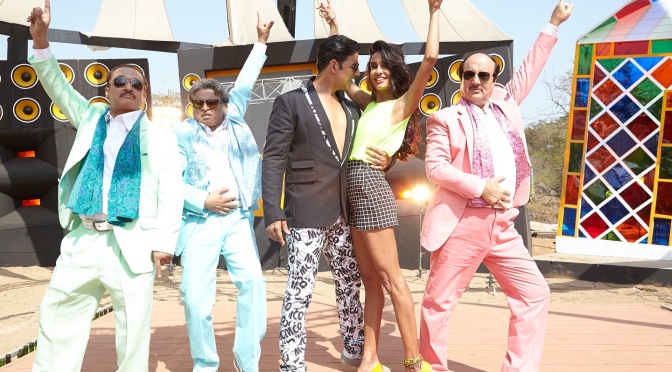 Laughing at yourself is always a tough job, especially on screen. That is what differentiates The Shaukeens from other comedies in the same genre. Writer Tigmanshu Dhulia and director Abhishek Sharma designed the film on the basis that all actors in the movie would have a blast laughing at themselves.

As Sharma says, “Akshay plays himself but with a twist – while he talks about staying healthy in public, he is an alcoholic in real life.”

Lisa Haydon’s character is almost that of a stalker fan. “I am not like that at all in reality but it was good to make fun of myself,” she laughs.

The three Shaukeens in the film – Anupam Kher, Annu Kapoor and Piyush Mishra – had to bring to the fore their ‘tharki’ side to stay true to their characters.

Abhishek Sharma reasons, “Hollywood does it all the time. I feel the audience in India too is ready for a comedy of this kind where actors have dared to laugh at themselves.”

The Shaukeens is produced by Murad Khetani, Cape Of Good Films and Ashwin Varde. It releases in UK cinemas this Friday on 7th November.