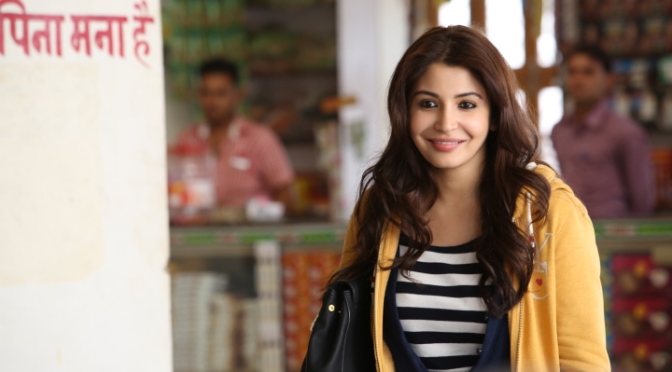 Even before her first production, NH-10, has hit theatres, Anushka Sharma is already rolling out her second home production. The Band Baaja Baaraat actress became one of the youngest female actor-turned-producers in the industry when she and her brother Karnesh Sharma set up ‘Clean Slate’ Films. The first project they backed being Navdeep Singh’s NH-10 at the peak of her acting career. This one too will be directed by Navdeep and is written by Sudip Sharma who also wrote their maiden production NH10.

Anushka has always made bold choices to craft a unique space for herself through her films, brands and more. Setting up a film production house at such a young age only adds another dimension to her persona.

Quotes Anushka, “I’ve always been a risk-taker, and setting up Clean Slate, allows me to push the envelope even more. To collaborate with young, fresh minds to mount projects & create cinema that truly excites me – both personally and as a viewer.”

Adds Karnesh Sharma, Joint-CEO, Clean Slate, “Our first production, NH-10 is taking shape so well, that it gave us a lot of confidence to put things into 5th gear under our banner. The intent is to use all the momentum that we’re picking up, to produce movies that we believe in and the audience loves while backing exciting, hot new talent. We will soon announce the main cast and crew of this film and before long we should hit the floors again.”

Anushka clearly is in the process of kickstarting what clearly looks like the most exciting phase of her career with a mouth-watering slate of films releasing back to back including Raju Hirani’s PK opposite Aamir Khan, Anurag Kashyap’s Bombay Velvet opposite Ranbir Kapoor, Zoya Akhtar’s Dil Dhadakne Do opposite Ranveer Singh, Farhan Akhtar, Priyanka Chopra besides her own production NH-10. Until she wipes the slate clean again!