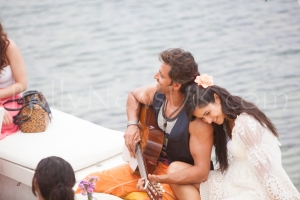 Directed by Sidharth Anand, Bang Bang is the official remake of Tom Cruise-Cameron Diaz starrer Knight & Day. The film was released in the UK market through 20th Century Fox on 2nd October 2014.

The rom-com action movie earned £602,193 in its opening weekend from 126 cinemas with a site average of £4,779. This figure includes the amount earned through nationwide previews on 1st October at Cineworld cinemas for ‘Unlimited Card’ customers.

Disney UTV’s Haider, released on the same day following a full UK publicity campaign including Shahid Kapoor and Vishal Bharadwaj promoting the film in London, opened at number sixteen. The film earned £83,619 in its opening weekend from 45 cinemas with a site average of £1,858.