The artists of the biggest Bollywood extravaganza SLAM! The Tour performed at Toyota Center in Houston, TX and Continental Arena in New Jersey on 19th Sep and 20th Sep respectively. Farah Khan, Deepika Padukone, Malaika Arora Khan, Shah Rukh Khan, Abhishek Bachchan, Boman Irani, Sonu Sood, Vivaan Shah and singers Kanika Kapoor and Yo Yo Honey Singh set the stage on fire with their enthralling performances in front of the live audiences where both the concerts were houseful.

The opening act of the evening was Vivaan’s performance on the SLAM track by Ram Sampath followed by Deepika’s performances on Aahu Aahu and Titli. Shah Rukh Khan entered the show in his larger than life style on aerial cable and danced on his famous numbers Chammak Challo, Kaali Kaali Aankhe, Suraj Hua Maddham and Don. Abhishek entered from the crowd and asked the thrilled audience to stand up and he rapped the song Ek Main Aur Ek Tu Hai and then performed on Kajrare, Maa Da Ladla, Desi Girl and Nandu Bhede from Happy New Year.

Farah and Boman performed on a special medley on which they made every one laugh with their conversation about how Boman wanted to be a lead actor in Farah’s movie and it reminded the audience of their comic chemistry in Shirin Farhad Ki Toh Nikal Padi. Malaika performed on the song Devil from Kick and Sonu joined her on Munni Badnam Hui later.

Deepika also danced on her new song Lovely by Kanika Kapoor from Happy New Year, Angrezi Beat, Tu Hi Din Chadhe and Balam Pichkari. Shah Rukh and Deepika’s chemistry in the romantic number Satrangi Re was never seen before in front of the live audience.

Abhishek shot the biggest Selfie video in Houston and New Jersey which he took from the stage capturing the entire crowd from his phone and then he later on posted it on Instagram and Twitter which went viral immediately.

The highlight of the most awaited show was when Shah Rukh invited a couple each from Houston and New Jersey from the crowd and asked them few questions which led to the winning couple getting a luxury bike. While the artists created frenzy, a lot of fans have come to watch SLAM The Tour from India, Australia, Brazil, Middle East and from different American states.

This exciting tour which began in Houston on Friday and then in New Jersey will be followed by performances in cities like Washington DC (September 21), Chicago (September 26), Vancouver in Canada (September 27) and San Jose (September 28). They will also travel to The O2 Arena in London in UK on October 5. 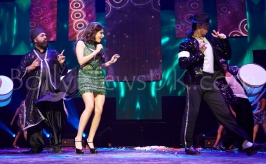 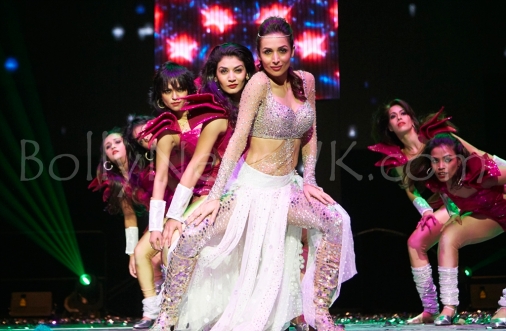 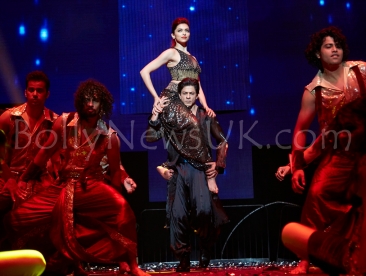