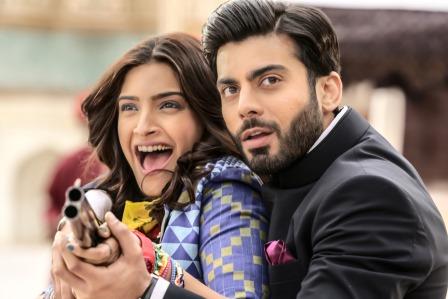 The new track from Khoobsurat, ‘Abhi Toh Party’ will surely have you on the dance floor. The song is sung by the new Rapster of Bollywood, Badshah, who sung the chartbuster ‘Saturday, Saturday’ from Humpty Sharma Ki Dulhania.

In a never-before-seen persona, Sonam Kapoor looks relaxed and at ease in her ensemble of a cropped top, jacket and dhoti pants, finishing her look with ornate, chunky jewellery.

The song is set in a formal party, where a bored-looking Dr Mili Chakravarty (Sonam Kapoor) livens up the party with her sensational dance-moves. What’s more, she even includes some of her own superstar father’s (Anil Kapoor) iconic and inimitable dance steps. 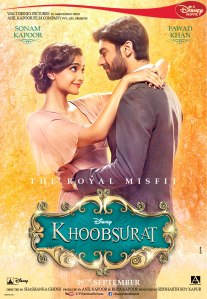 Synopsis: Walt Disney Pictures and Anil Kapoor Film Company is all set to have its fairytale beginning, as it launches into the magical realm of Indian cinema with its Bollywood offering – ‘Khoobsurat’ – releasing on 19th September 2014.

Khoobsurat is a quirky, modern romantic comedy about what happens when a vibrant, hopelessly romantic physiotherapist meets a handsome young Rajput prince who is the complete opposite of her – and is engaged to someone else. It is a battle of values between two individually crazy families — one that encourages discipline and self-restraint versus the other, which is all for spontaneity and open-mindedness. The film also features veteran actors Kirron Kher, Ratna Pathak Shah and Aamir Raza Husain.