Bollywood actor, Akshay Kumar, is always finding new ways to entertain his audiences, whether it be performing dangerous stunts or doing the unexpected that leaves the audience awestruck. Now Akshay has attempted a never-before-dreamt stunt for his upcoming film, The Shaukeens. 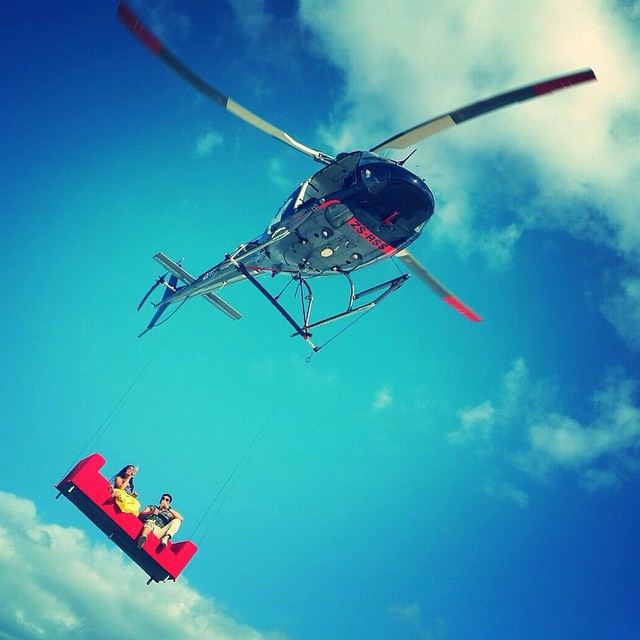 Along with his stunning leading lady in the film, Lisa Haydon, there is a scene where the two are sitting on a couch and hanging mid-air, which has left everybody speechless. This scene was shot with the help of a chopper, which flew the two stars on the red couch, high up in the air.

This decision was put forward by Akshay himself, who was inspired by a Tom and Jerry episode, and insisted that this scene has to be included in the film. The scene was shot on a stunning beach in Cape Town.

The Shaukeens is a remake of the 1982 film, Shaukeen, which starred: Ashok Kumar, Utpal Dutt, A.K. Hangal, as three lewd men. In this updated version, Annu Kapoor, Paresh Rawal and Anupam Kher reprise the roles of the former veteran stars, with Akshay Kumar portraying the role that Mithun Chakraborty performed in the earlier version.