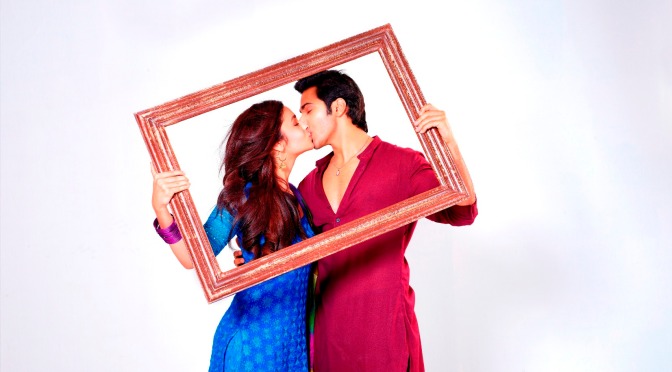 Bollywood sweetheart, Alia Bhatt, who also made her big-screen debut in the Karan Johar production Student of the Year and received widespread critical acclaim for her role in Highway and 2 States, convincingly plays the main female protagonist, sealing her position as one of Bollywood’s most sought after leading ladies.

How would you describe your character in the film?
Kavya Pratap Singh is a simple girl, and doesn’t have many wants or needs in life. She definitely clashes with the title character, ‘Humpty’, because she’s a lot more practical and no nonsense, even though she sometimes likes to dream big. 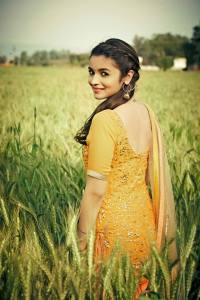 Your character in the film is a huge fan of Kareena Kapoor. You have often been compared to her in real life, so would you consider yourself a fan?
Like my character, I am a huge fan of Kareena [Kapoor] and I definitely consider her one of my biggest inspirations. I find the comparisons very flattering, but not at all true. There is only one Kareena Kapoor out there, and I think it’s very important to carve out my own niche in the industry.

She also mentions how she wants to wear Kareena Kapoor’s wedding dress. Are these things you think about regularly in your personal life?
I think every girl dreams of their ideal wedding, and would like to get married in the grandest way possible. When we see our favourite actresses in these beautiful gowns, it is only natural that we start thinking about our own wedding and what we’ll wear on our special day.

Is it true that you were the inspiration behind the posters of the film?
Yes, that’s actually something I’m quite proud of. During filming, we were constantly saying that we needed to do something innovative for the posters, and I was very fond of taking selfies at the time, so I suggested we implement that. At first, people weren’t fond of the idea but as time went on, they definitely warmed to the idea. I think everyone was delighted with the end result, and it made for a fun and fresh poster.

Your career has had a very interesting trajectory, with every film being different from the other. How do you choose your roles?
When it comes to the roles I choose, I am not very calculating. It’s important for me to stay versatile and not be typecast into any particular role.  I hope with Humpty Sharma Ki Dulhania, people continue to see a different side of me.