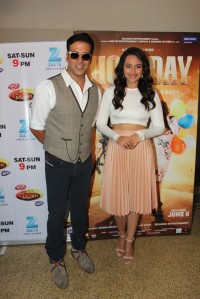 The audience at India’s premier dance competition ‘Dance India Dance’ (DID): Little Master Season 3 got an extra special surprise when Bollywood superstar Akshay Kumar and screen siren Sonakshi Sinha made a special appearance on the show to promote their forthcoming film Holiday: A Soldier Is Never Off Duty, which releases in UK cinemas on 6th June 2014 through Reliance Entertainment.

The star duo delighted the audience when they spoke candidly about their new gritty romantic-thriller film Holiday, in which they have starring roles. Akshay and Sonakshi also spoke about a song sequence they are currently filming for Holiday, which also features veteran actor Govinda and director A.R. Murugadoss.

Whilst on set at DID both Akshay Kumar and Sonakshi Sinha delighted the young participants by chatting with them, and also entertained audience members by asking questions, cracking jokes and even demonstrating some stylish dance moves!

Directed by renowned filmmaker A. R. Murugadoss, who made the worldwide blockbuster Ghajini, Holiday sees the talented and versatile actor-turned-producer Akshay Kumar joined by a stellar cast comprising Bollywood siren Sonakshi Sinha (Dabangg, Rowdy Rathore), who plays love interest Nisha, and veteran actor Govinda (Raavan, Partner), who ably performs the role of Akshay’s senior commanding officer. Newcomer to the Bollywood arena Freddie Daruwala shines as the ruthless and brutal leader of the terror cell. The music for the film has been penned by maestro Pritam Chakraborty.

Fans will be able to catch the special episode on Zee TV this Saturday 26th April 2014 at 7.30pm.

Holiday: A Soldier Is Never Off Duty is released through Reliance Entertainment in UK cinemas on 6th June 2014. 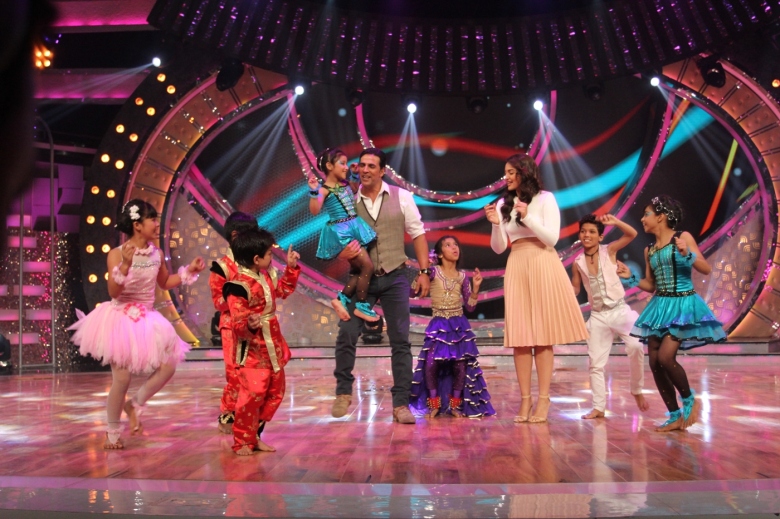