Read on to find out more about the hard to convince parents who create a tough battle for Ananya (Alia Bhatt) and Krish Malhotra (Arjun Kapoor) in the upcoming rom-com 2 States.

Meet Kavita Malhotra – Amrita Singh
A Punjabi matriarch, obsessively protective of her son, bigoted and prejudiced but completely unaware of it. As a respite from her abusive husband, her hopes and dreams are rested on her only son Krish that he will marry someone from within the Punjabi community with a fat dowry she can then boast of. She hopes this would elevate her social standing that always gets questioned due to her estranged relationship with her husband.
The struggle between her own wish and her unconditional love for her son’s happiness puts her in a dilemma whether to listen to her heart or succumb to the falsity of “marriage within the community” devoid of love that she yearns from her own.

Meet Vikram Malhotra – Ronit Roy
A proud, reticent, retired military man, impeccably dressed and dignified but defeated by life and failed by his own misgivings, Vikram Malhotra struggles to balance his worsening alcohol abuse and its strain on his relationship with his wife and son. He distances himself from his filial duties but he quietly observes the tumultuous events unfold in his son’s life.

Meet Radha Swaminathan – Revathy
Tucked within the many folds of her crisp Kanjeevaram, Radha, a quiet, inward, charming, devoted mother, smoulders with a deep desire to fulfill her long cherished dream of being a singer. She raises her daughter Ananya to be free-spirited, elegant and dignified, all the qualities she herself espouses. However, she is rattled by her daughter’s wish to marry a Punjabi lad. She knows that Ananya will never go against her wishes but she also knows that her one wrong decision can alter the fate of her daughter’s happiness.

Shiv Swaminathan – Shiv Subrahmanyam
A stoic, disgruntled at work but content with life, a righteous Tamilian Brahmin, whose daughter Ananya, is the apple of his eye. A look and a smile from her is enough to make him acquiesce to all her demands, except her wish to marry Krish. Never insulting or abusive, he tries to resist bonding with Krish, who goes out of his way to win his future father-in-law. Would Krish’s feigned interest in Carnatic music and a sneaked peg of whiskey be enough to strike a deal with the hard to please Mr. Swaminathan?

2 States will release in UK cinemas on 18th April through Disney UTV. 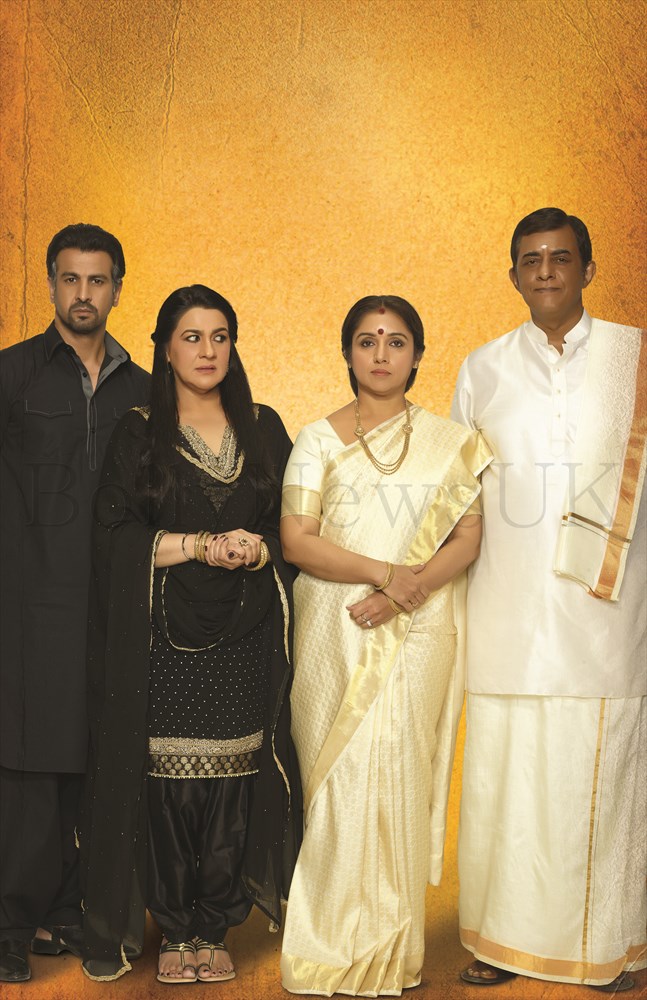