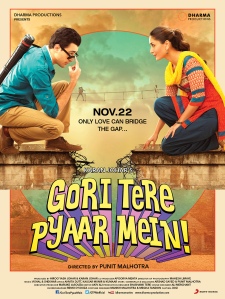 Reliance Entertainment the flagship motion picture arm of India’s Reliance Group has partnered with Karan Johar’s Dharma Productions for four of their key projects for their UK and international markets release.

Commenting on the partnership Mahesh Ramnathan COO Reliance Entertainment said, “Reliance Entertainment is delighted to partner with Dharma Productions – India’s premier film production house. The collaboration should break new ground in the overseas markets and expand the reputation of both the companies internationally.”

Apoorva Mehta (CEO – Dharma Productions) further adds, “We are very excited about having Reliance Entertainment as our Overseas distribution partner for our next 4 releases. Our strength in content creation matched by their distribution expertise will ensure that the films have the widest possible reach in traditional and non-traditional market”.