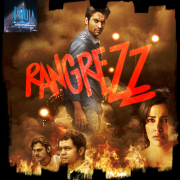 The Harlem Shake dance has flooded the internet with innumerable number of versions from all across the world. The rage that it is, Rangrezz is not leaving itself behind and making its own version of it.

Jackky Bhagnani, the lead actor of Rangrezz has already incorporated Gangnam Style steps in the movie’s song. Embracing worldwide viral sensations and merging it with the local environment and people is a great initiative that goes a far way.

Pooja Entertainment, the production house behind Rangrezz, is the first one to make use of Vine, a mobile service that lets you capture and share short looping videos. The movie is based on friendship and is a remake of the Tamil hit ‘Naadodigal’.