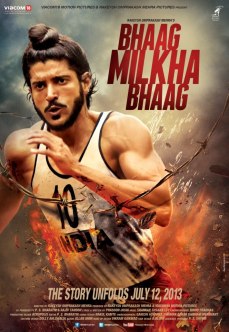 The 90 second trailer shows highlights from the remarkable film along with lead star Farhan Akhtar’s amazing look as central protagonist Milkha Singh, who is known as ‘the flying Sikh’, as he overcame much adversity in his life to triumph both on the athletics track as well as off it.

Bhaag Milkha Bhaag is a real fairy tale story of an average Indian who thought he could outrun the winds…and he did!