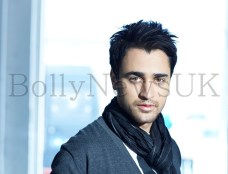 Director Milan Luthria has asked Imran Khan and Sonakshi Sinha to catch up more often with each other as to prepare for their forthcoming film, the sequel to Once Upon a Time in Mumbai.

To make the sequel look real, Milan has asked Imran Khan and Sonakshi Sinha to catch up regularly with each other as part of the preparation for the film.

Milan wants their chemistry to look real and for that he believes that it is very important that the actors become somewhat like best buddies.

The film, produced by Balaji Motion Pictures, will be Imran and Sonakshi’s first film together.

Our source says that Imran plans to invite Sonakshi over for dinner at his place soon.

Interesting prep we must say !