Zaheer Iqbal is set to debut in Bollywood with Notebook this Friday. The film is aromantic drama film produced by Salman Khan under Salman Khan Films and directed by Nitin Kakkar. It also stars debutant Pranutan Bahl and is a remake of the 2014 film Teacher’s Diary .

You don’t come from a film background but have been “trained” by Salman Khan. How much of the success of a film is from it being associated with certain famous names and how much is from the actor’s own talent?
I truly believe that the success of the film depends on the script and the acceptance of the actors is only through their performances. I do agree that there will be a large amount of people that will come because it is an SKF film and because Salman Khan is associated with the film. We’ve been told by
Salman sir himself, we will have a bunch of people coming to the film on the first day to see who I have launched and stuff like that, but word of mouth will spread and every show post the 3 o’clock show will be completely on you and your talent.

What was the hardest part about working to become an actor?
There’s a lot of hard work that goes into becoming an actor, but I wouldn’t say there is a hardest part. If you genuinely enjoy what you are doing, and you enjoy the process it won’t be that hard. My friends and family always praise me saying that I work so hard, but I always tell them that I enjoy it, so it isn’t that hard for me. There’s a lot that goes into becoming an actor physically and mentally, there’s a lot of workshops we had to do. And not just in acting too, also in dance, gymnastic and martial arts. Salman sir always said I’m not just training you for one film I’m training you to sustain yourself in the industry so you need to be prepared a nd there should not be anything you can’t do. 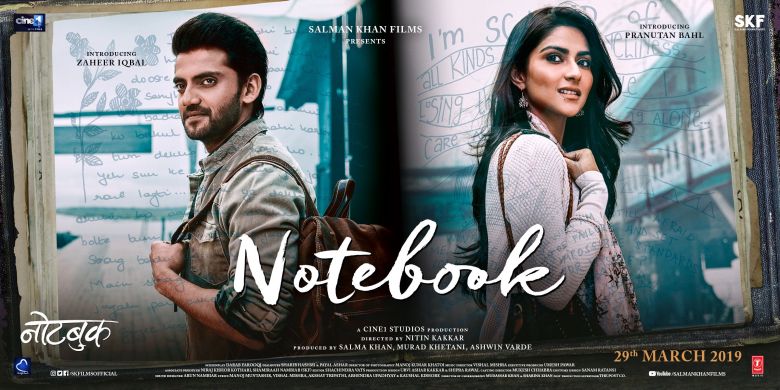 Other than Salman Khan and your family, who is your biggest supporter in your journey to becoming an actor?
I think my friends, other than my family and Salman sir, would be biggest support and my strength. Be it my friends from childhood or my friends that have helped me learn, like my friends who were assistant directors on Jai Ho and the team on Jai Ho. They have taught me so much about what happens behind the camera so everything I know about filmmaking from before I went on set was all thanks to them. And obviously my fans who I love so dearly who have supported me and sent me love on Instagram and Twitter.

Did any of the kids on set play pranks on you?
I don’t think the kids played a prank on me I was always on their team so we played prank on everyone together. I remember there was this one guy that whenever you poked him he would have a certain reaction, he couldn’t control himself from reacting that way. We would always work together, poke him and record him reacting in that way. I think we put it on Instagram, there are lots of videos of us poking him. It was usually the kids, Pranutan and me pranking everyone.

What made you want to be part of this unique/unconventional love story?
I think the fact that it’s a unique love story is what made me want to be a part of it. Also, when I read the script it was the kids that attracted me to the story. I’m good with kids and we get along instantly, maybe we are on the same wavelength. I also like doing different kind of work, I hope that someday the audience will say “lets go see Zaheer’s film, I’m sure it will be different” so I want to continue to do films that are different.

What was it like to work with Salman Khan as a producer? How did you feel seeing him in a role as producer rather than his usual acting role?
Honestly, we never looked at him like he was the producer of the film, we looked at him as a friend and he was always like an elder brother to us. His advice was always about passing down the wisdom and his experiences in life. He never spoke to us as if he was launching us and we were his talent, he was always casual with us. It was always about more than work, how it’ll be in the future, how to treat people and genuine stuff. For us, he was like a friend and mentor that always had our back.

What was it like filming in the beautiful but isolated parts of Kashmir?
Shooting in Kashmir has been one of the best experiences of my life and I will never forget this experience. Even if this was my 100th film, filming this would’ve always been special to me because of all of the love and support we got in Kashmir. And it’s beautiful all over.

As this is your debut role into Bollywood, what sort of roles would you like to take up/who would you like to work with in the future?
I want to continue to do unconventional work and unconventional stories, which are real. By this I don’t mean something that is farfetched. Films like notebook that are unconventional but not farfetched. I want to always do different kinds of films that will intrigue people. Actors who I want to work with, I just want to work with everyone. With great performers, be it a guy or be it a girl. Working with a great performer in front of you inspires you and I think it enhances your performance in a way. I also want to do roles that will be a challenge for me, I want to do something that will require hard work. I also want to work with all of my friends in the industry because I think it will be fun to go on a set where everybody gets along really well and have a great time.

Notebook releases in UK cinemas on 29th March 2019 via Yash Raj Films and is produced by Salman Khan Films.