Team Loveratri who has kickstarted shoot in Vadodara is all smile in this new picture shared by the makers. 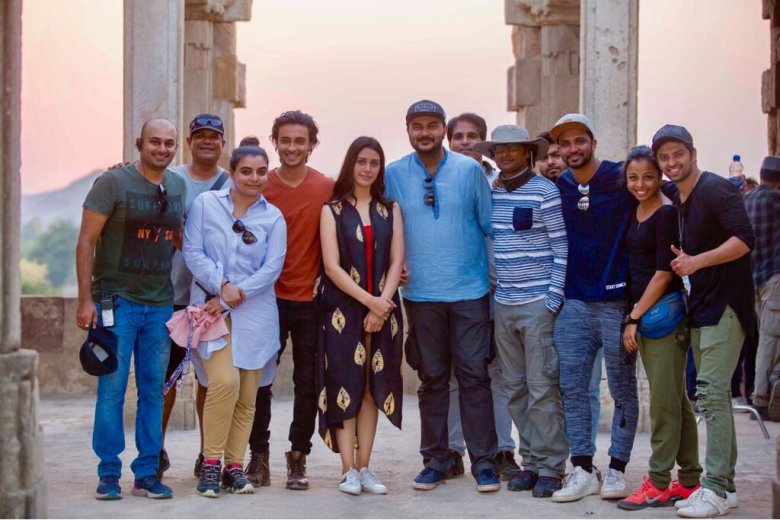 The entire Loveratri team posed for a picture perfect moment after wrapping the shoot.

Earlier, Aayush Sharma took to his Twitter sharing a rehearsal picture of the first song from his debut film Loveratri. Vaibhavi Merchant who is known for her ace choreography has been giving dance lessons to the Loveratri lead pair.

Aayush Sharma and Warina Hussain are leaving no stone unturned to get into the Gujarati character as they have been extensively practising Garba over sometime.

Loveratri is set against the backdrop of Gujarat and the onscreen couple’s love story unfolds over the span of the festival of Navratri.

Directed by Abhiraj Minawala, Loveratri is produced by Salman Khan under the banner of Salman Khan Films is slated to release in UK cinemas on 5th October, 2018.