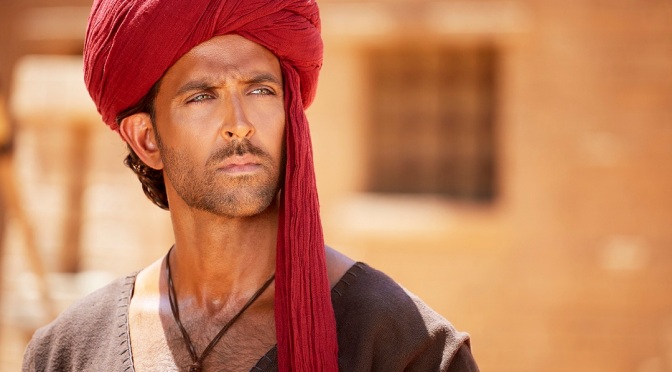 UTV and AGPPL’s much-awaited Mohenjo Daro is all set to impress audiences. This action-romance extravaganza, starring superstar Hrithik Roshan and the stunning debutant Pooja Hegde, has been selected as the Closing Film on 13th August 2016 at the 69th Locarno International Film Festival which is being held from August 3 to 13, 2016. Mohenjo Daro would be screened at the Piazza Grande, one of the finest open-air venues in the world. Directed by internationally acclaimed filmmaker Ashutosh Gowariker, produced bySiddharth Roy Kapur and Sunita Gowariker, the film will release worldwide on August 12, 2016.

The Locarno Film Festival is one of Europe’s highly acclaimed and widely attended festivals. The annual fest aims to discover great films from around the world. “We are honored and humbled that Mohenjo Daro has been selected for screening at the Closing Night ceremony at Piazza Grande section of prestigious festival. We are extremely thrilled that the film will be showcased to the European audience as part of the Closing Day gala,” says Amrita Pandey, Vice President – Studios, Disney India.

Meanwhile, this is the second time Ashutosh Gowariker goes to the Locarno International Film Festival. “I am extremely happy to know that the Locarno Film Festival has selected Mohenjo Daro as their Closing Film at the Piazza Grande! When Lagaan was screened at the same Piazza, on a giant screen, one of the biggest in the world, it was an out-of-the-world experience to see an audience of 8000 plus of different nationalities, applaud the film. I am excitedly looking forward to Locarno this time with Mohenjo Daro,” says director Ashutosh Gowariker.