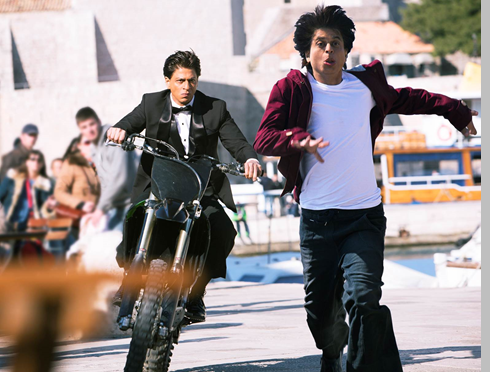 Yash Raj Films’ ground-breaking new film starring SRK is making a mark in multiple ways. Apart from its innovative VFX and intriguing storyline, FAN has become the first film from India to be shot in Croatia.

Even more special is the fact that within Croatia, a picturesque, tiny nation in the heart of Europe, FAN has filmed high octane, adrenaline pumping action sequences in the historic Dubrovnik City. A UNESCO World Heritage Site, Dubrovnik is also famous as the site for filming the global cult TV show, Game of Thrones. It’s aquamarine, breathtaking waterfront was also exposed to the world in the TV series, DIG.

With unique terrain and untouched architecture, the quaint Dubrovnik City has witnessed it’s first Indian film crew, thus opening up new horizons. In fact SRK has even tweeted a chase sequence which was shot there!

Both YRF and SRK films have a legacy of opening up new territories and terrain for the grand, lavish Indian film industry. With Croatia, a new space has been explored for Bollywood, and on celluloid, these world class action sequences promise more excitement.