Keeping in line with the grandeur and big scale of the magnum opus, Bajirao Mastani, Deepika Padukone unveiled the huge poster of Mastani. She spoke about her journey as Mastani and how Bajirao Mastani has been the toughest film of her career till now both physically and emotionally.

She further added that every woman will be able to relate to Mastani after watching Bajirao Mastani.

Eros International will release the film in UK cinemas on 18th December 2015.

See photos from the launch here: 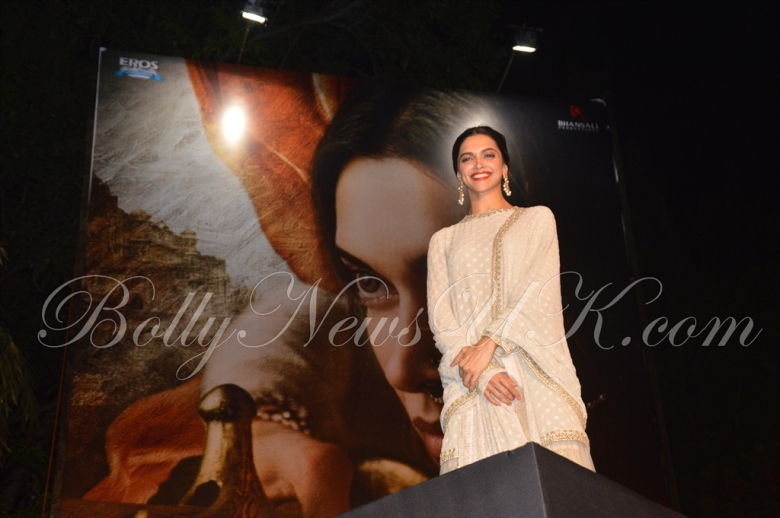 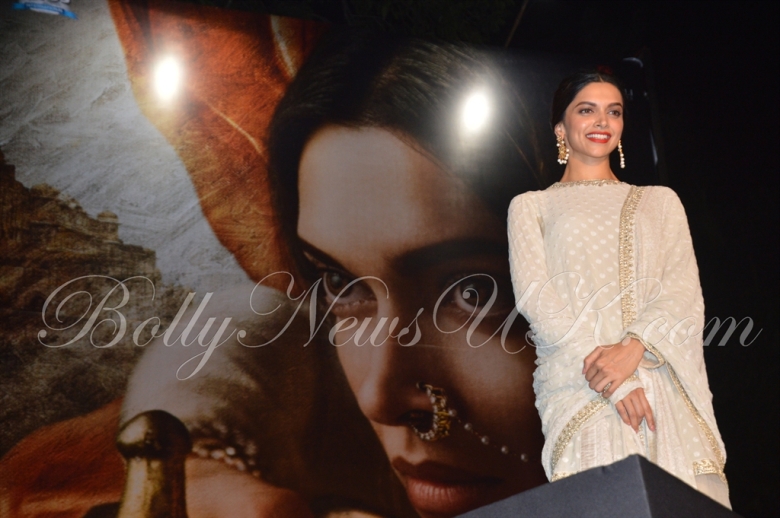 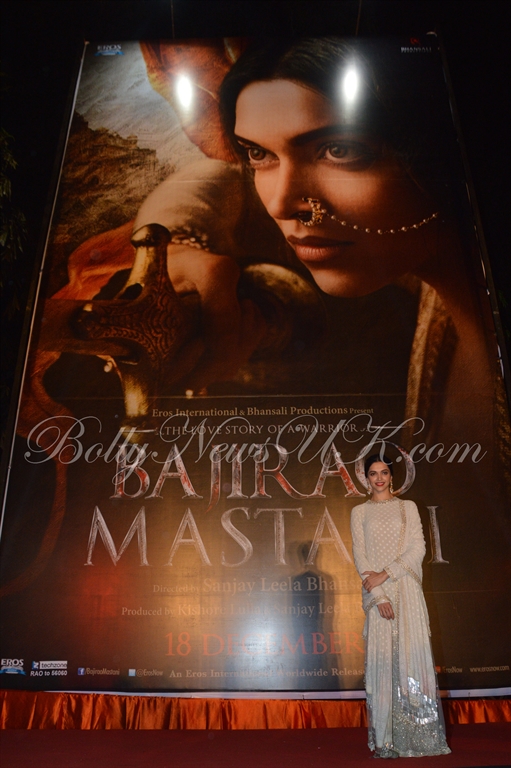 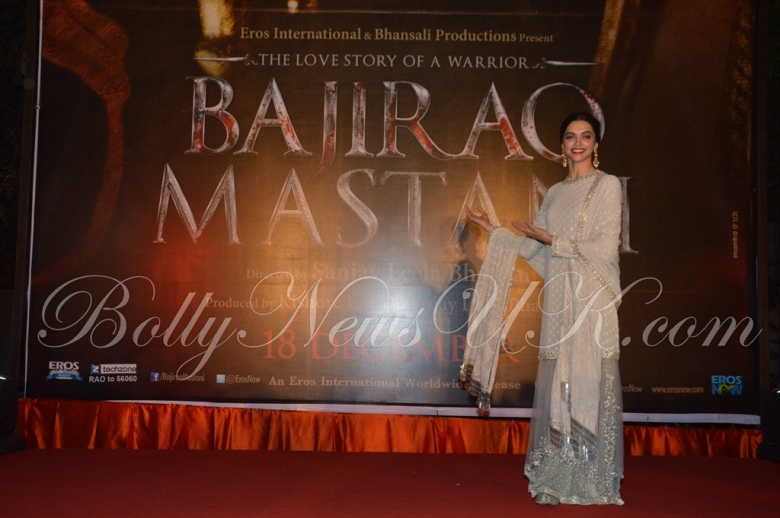