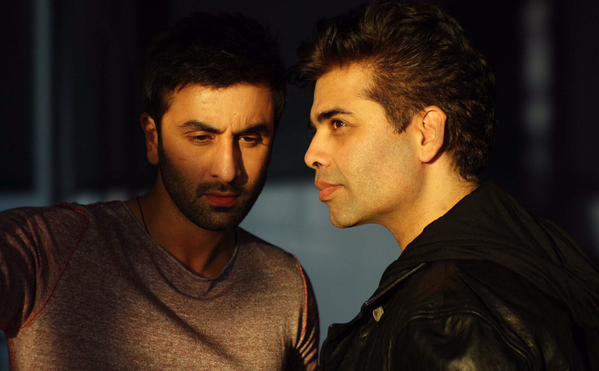 BollyNewsUK can exclusively reveal that the first schedule of Karan Johar’s Ae Dil Hai Mushkil has wrapped up in London, England.

The crew was mostly filming indoors during the first schedule here in London, mainly in Shoreditch besides a few scenes which were shot outdoors. Ranbir also filmed at London St. Pancras/Kings Cross station during a night shoot for the highly anticipated upcoming romantic movie.  The same location has previously been used for the filming of movies such as Dilwale Dulhania Le Jayenge and Jab Tak Hai Jaan.

Speaking to press at Aashni+Co’s Bridal and Festive preview recently, costume designer on the film, Manish Malhotra said, “It’s always great to be in London. We are here for Karan Johar’s movie and he is my best friend, so it’s always great to work together. Anushka plays a girl from London in the movie.”

BollyNewsUK can also reveal that the entire crew will be leaving for Paris, France on Sunday where Ae Dil Hai Mushkil will filmed for a few days. Since there is no more work to be done for Ranbir in London, he has moved out of the hotel where the crew is staying to spend some time with girlfriend Katrina Kaif at an undisclosed London hotel. Katrina Kaif has just today joined Ranbir in London from Glasgow where was filming for Baar Baar Dekho.

The next schedule of Ae Dil Hai Mushkil post Paris will then begin in Vienna and Innsbruck, Austria in October.

Aishwarya Rai Bachchan will only join the team of Ae Dil Hai Mushkil in Vienna after the release of her film, Jazbaa. The entire crew, including Aishwarya Rai Bachchan, will then come back to London at the end of October to begin the 2nd London schedule when more of the filming will take place outdoors.

Ae Dil Hai Mushkil is set to release in UK cinemas next year through 20th Century Fox. Stay tuned to BollyNewsUK.com for more updates about the film.