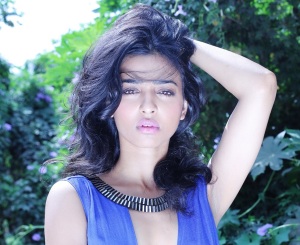 Producer Michael Ward spared no effort to ensure Pia Sukanya’s debut film Bombairiya gets the biggest names associated with the project. Touted for having an unusual and quirky cast, Michael is all set to take the film ​i​nternational and hence has tied up with Kreo Films, whose Dubai-based subsidiary has emerged as a Co-producer of this Bollywood comic caper.

Kreo Films is an International Independent film company which is Located in Dubai and has been associated with films starring Hollywood biggies like Julianne Moore, Johnny Depp and Mickey Rourke, each of whom are starring in Kreo Films’ mainstream ventures ‘Freeheld’, ‘London Fields’ and ‘Ashby’ respectively.

However, Kreo Films have now taken an interest in Bollywood cinema since witnessing the success of differentiated content in the last couple of years. Taking a step in this direction the production house has partnered with ‘Bombairiya’ and sees this as the first of several more projects in the region.

Talking about the same producer Michael Ward says “Bombairiya is aimed primarily at India’s metro audiences but it’s exciting to get Kreo on board and a major coup for us. With more than 50 films under their belt, Kreo brings an understanding of international sales as well as finance and production expertise to the table. They can open doors for ‘Bombairiya’ Internationally and I’m hopeful that the talent onscreen and off will discover International opportunities’ he signs off.