The ‘Lift Karadey’ singer has sung a Qawalli, Bhar Do Jholi Meri, for the soundtrack and has also made his on-screen Bollywood debut with the Kabir Khan directorial coming to UK cinemas this Eid, 17th July.

In this interview, Adnan Sami tells us all about the song, working with Salman Khan and much more…

You recently launched the music video of Bhar Do Jholi Meri with director Kabir Kabir at an event. How was that experience?
It was fabulous. I had heard the final song but hadn’t seen the promo that we launched before the event. I watched it with the media for the first time. It was as much an unveiling for the media and fans as it was for me. I was pleasantly surprised. 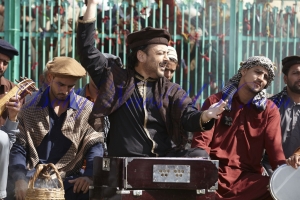 Salman Khan tweeted the first image of you featuring in the song which trended on Twitter even before the release of the promo…
The kind of response that I have received is phenomenal. I had messages on social media saying “I haven’t heard the song but I’m a huge fan already” (laughs). I am happy with the way it’s been received now after the song is actually out. For me, this isn’t a regular song. I was suddenly going into a genre that I hadn’t tackled before as a singer. It’s the first time I have sung a Qawalli even though I have studied them and even composed one. However, singing one was a completely different ballgame.

Why did you never appear in the songs you have sung for movies prior to Bajrangi Bhaijaan?
I always consciously stayed away from it for some reason or the other. It’s very common for singers to get featured in songs and I have been asked many times but I just avoided it. Salman Khan asked me this time and he said that he would love if it is picturised on me. My friendship and love with him and his family goes back so many years that it was different from my other songs. The other bargain was that I got to go to the most beautiful locations on earth to shoot for the song. We shot at an actual Dargah and the atmosphere there was extremely elevating.  They have never allowed anyone to shoot there in the past and this was the first time that anyone filmed at the location. You really didn’t need to act. It was all just coming out because of the energy around the place. 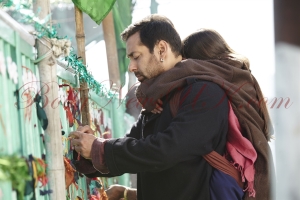 You remarkably lost weight a couple of years ago. Did that give you a confidence boost to appear on screen for a movie?
I was extremely unapologetic about the way I looked. I just used to enjoy life. I had no intentions of losing my weight until my Doctor told me that I had to as it was tremendously critical. I was never conscious of it. There are still a lot of singers who don’t like to appear in their music videos for whatever reason. I was never conscious about my appearance. I was unapologetically romancing anyone in my own music videos. I just didn’t really want to get into those special appearances in movies. I was already doing so many of my own music videos. I felt it would have been an overkill and there was no real need for it. The reasoning behind this decision was purely emotional and just for Salman.

Produced by Salman Khan Films, Bajrangi Bhaijaan is out in UK cinemas through Eros International this Eid, 17th July 2015.

A version of this interview first appeared in The Asian Today newspaper, July issue.