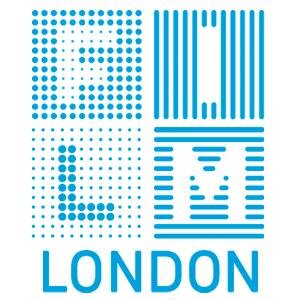 The international iteration of Film London’s award-winning initiative will unite Asian filmmaking talent from the UK and India. Five successful teams will be selected for Microwave’s acclaimed Microschool. This will give the writers, producers and directors from both countries the chance to hone their skills through an intensive programme of training, professional mentoring and advice on issues ranging from financing through to distribution.

Cinestaan will join Film London and the British Council in investing in the unique and groundbreaking scheme. In addition to the new business partnership, mentors Vishal Bhardwaj (Maqbool, Omkara and Haider – three successful Shakespeare adaptations), Ritesh Batra (The Lunchbox), Vikas Bahl (Queen, Phantom Films) have been announced as three of the expert industry mentors who work with the successful applicants during the project.

The ambition is to green-light one successful project, which will draw from the work of William Shakespeare and be theatrically released in 2016 as part of Shakespeare 400 – a year-long cultural programme marking 400 years since the writer’s death.

Cinestaan Film Company will invest up to £250,000 in the green-lit feature. They will join Film London and the British Council in contributing to the crucial training programme and play an important role in selecting the film-making teams and ensuring the selected project has the strongest possible chance of success.

Adrian Wootton, Chief Executive of Film London and the British Film Commission, said: “Being able to partner with Cinestaan Film Company is a spectacular result for the project, particularly since they share our own aims when it comes to training and supporting home-grown film-makers. Bringing our talent together for the exciting Microwave International production represents an opportunity to build bridges between our two industries and create a unique production based on the works of the world’s most famous writer.”

Said Rohit Khattar, Founder Chairman, Cinestaan Film Company “To partner with Film London for a film celebrating 400 Years of Shakespeare is extremely exciting. Cinestaan is proud of India’s cinema heritage and this collaboration shall develop a unique production, uniting talent from India and the UK.”

Said Vishal Bhardwaj: “Stories bring people together and when the stories we commemorate are one of the world’s greatest playwrights, a cross-continental endeavour only seems fitting. I am thrilled to be part of this initiative by Cinestaan and Film London to unite diverse talent from India and the UK in celebrating the Bard’s timeless legacy.”

Ritesh Batra added: “I am pleased to be part of this initiative, to celebrate 400 years of Shakespeare by providing a platform to new talent is not just noble but also very necessary. All creativity flourishes within confines and boxes, and there is no better box to be in for new writers and film-makers than the works of Shakespeare.”