In a move to cater to international audiences, Yash Raj Films has recently partnered with BSkyB, where the most loved titles produced by Yash Raj Films (YRF) have been made available on the Sky Store for audiences in UK & Ireland. 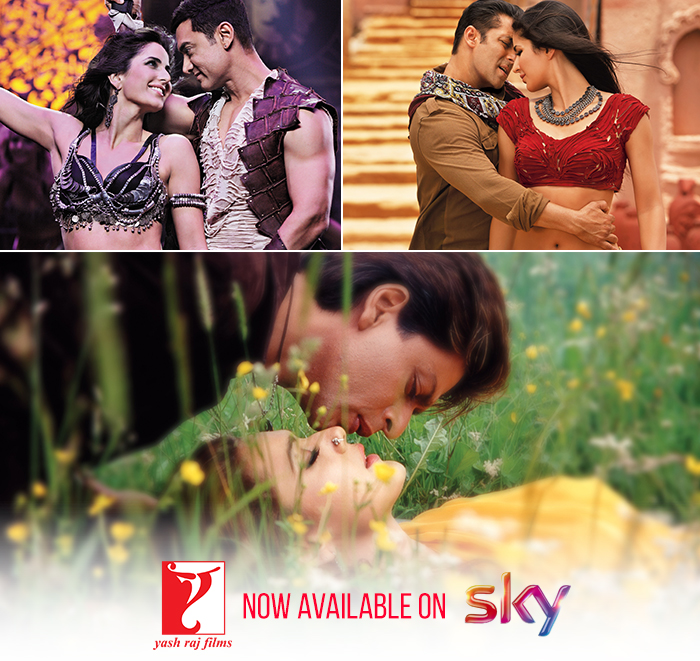 From Darr to Kill Dil, about 30 films, have been made live on Sky Store (www.skystore.com) and users can watch these blockbusters digitally directly on demand, by the simple click of a button on their TV remote. The charge simply appears on the monthly bill, making for an easy transactional process. This distribution has been enabled by their partners, FilmKaravan.

The United Kingdom & Ireland have been one of the top 5 preferred territories worldwide for the banner with almost 1.5M Bollywood fans constantly seeking to watch blockbuster titles.  Speaking on this new partnership, Mr. Anand Gurnani, Vice President – Digital, Yash Raj Films Pvt. Ltd. said , ”Consumers today want to watch their favourite content at the time they want to watch it and on a platform they prefer the most. It is important to understand their choices and enable reach via reducing friction to access our content. Our movies are easily accessible now digitally via Sky, thus tapping into a hybrid platform accessible directly on TV. Making our films available through the Sky Store platform was a natural extension to our digital distribution efforts. It’s imperative that we be where our consumers are.”

Nicola Bamford , Director, Sky Store said: “Sky Store offers the complete service – straight to your TV, across your devices and you get the DVD in the post too. We are delighted with the early success our hybrid proposition has seen with Bollywood movies from Yash Raj Films. This partnership with Yash Raj Films enabled by FilmKaravan has further strengthened Sky’s presence amongst South Asian audiences in the UK and based on the fantastic initial response, we look forward to bringing in many more films from Bollywood studios”.

Added, Mr. Sanjay Bachani, Managing Director, FilmKaravan, ”Yash Raj Films understand the content game and strategy exceptionally well. The pioneers of Indian Cinema are yet again at the forefront of engaging viewers in a preferred territory via the cable and satellite’s digital platform eco system. Sky Store is a great innovation by Sky and we are thrilled to facilitate this phenomenon of bridging the gap between fans and their favourite films.” It is noteworthy how Yash Raj Films’ digital footprint is spreading far and deeper through a carefully crafted and executed strategy. When it comes to innovation, YRF is always on the forefront. So when travelling to the UK & Ireland, watch your favourite YRF movie on Sky Store… and start streaming. 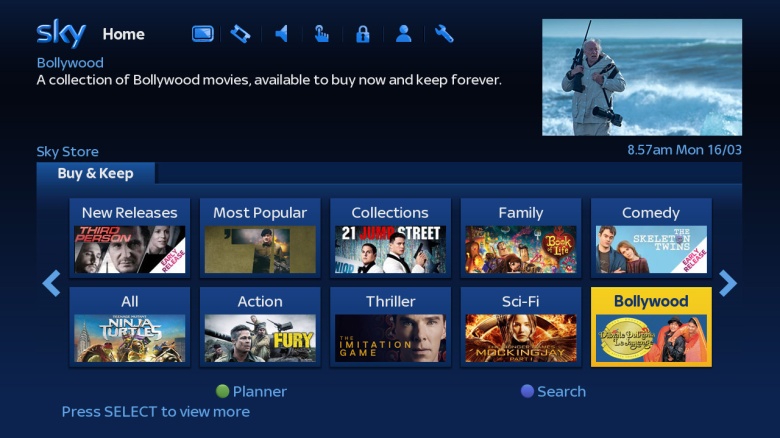 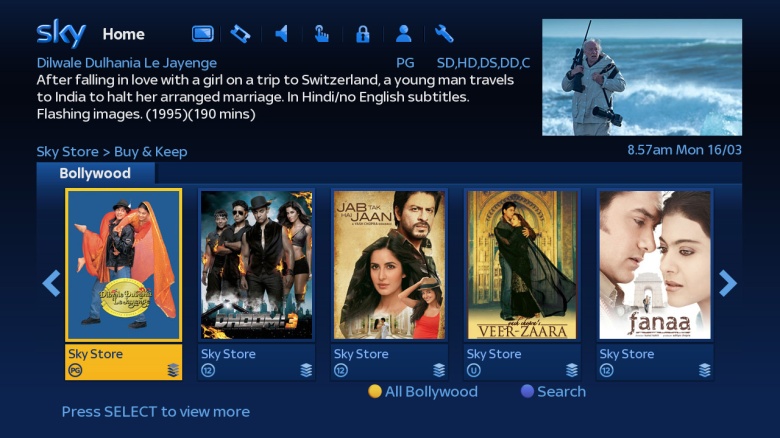