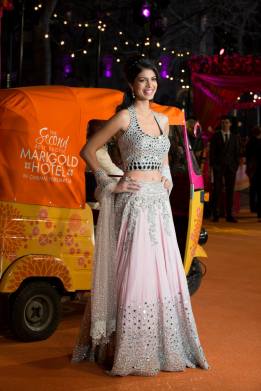 Tena Desae has taken the west with storm. Not only has the quintessential Indian beauty from Bangalore bagged two massive projects from the west in 2015, she’s also now impressed the Royal Family of England. Tina spent an evening last month amidst glamour and excitement which was in abundance as the stars of The Second Best Exotic Marigold Hotel arrived at the premiere of the movie at the  Royal Gala in London’s Leicester Square. Tena was seen in a custom-made Manish Malhotra outfit and she spent her evening signing autographs, conversing some of the most well-known names of Royal blood. The film received a raving review at this special preview.

Talking about the Royal Premiere, Desae said, “It was an extra ordinary evening of my life, I am in love with this movie series, it gave me the golden opportunity to be a part of this auspicious evening and meet and greet with the Royal Family. I am loving the whole treatment by the Hollywood media & critics coming with a good response for my character in the movie.”

How has life changed post the hugely successful ‘The Best Exotic Marigold Hotel’?
After The Best Exotic Marigold Hotel, I was hoping to do more work in the west. The film was such a brilliant experience for me that I hoped I could do more work there. Since that film, I have luckily been able to do the sequel and an American sci-fi drama Sense8. I am in a position where I can work in Bollywood and Hollywood and I hope the journey continues.

You were also a part of Eros International’s Table 21. Did you feel drastic differences in the approach of film-making after working on TBEMH?
I don’t see a huge difference in Hollywood and Bollywood. If there is a difference, then it’s only because of production values, the budget and style of direction. I haven’t experienced any difference in the two industries, other than the factors I mentioned. Table 21 was a different experience for me simply because it was a thriller. I played a great character and had the opportunity to do daring things e.g. going bald. Just being part of a story that had three central characters was something I liked. I wouldn’t compare the film to The Best Exotic Marigold Hotel films or any other film. I look at each film as a separate experience because of the people you work with and the styles that they have. 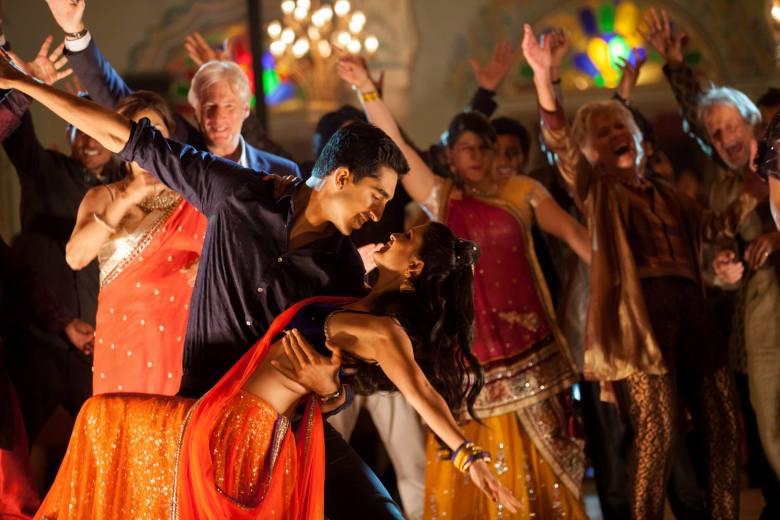 Have you decided on whether Hollywood or Bollywood is the right place for you?
I would like to continue working in both industries, I guess. That’s the decision I have made. I like working in Bollywood films because the roles and characters come to me effortlessly because it’s my culture and something I have grown up watching. I also like working in Hollywood because the characters and scripts are very different to what I am used to. I like the experience of trying something new and understanding the different perspective on film making and writing. Hopefully, I will continue to be in a space to work in both industries.

You also worked on Sense8, an American sci-fi drama series. Tell me more about that experience?Sense8 has been a very enjoyable experience for me. I’ve always wanted to do two kinds of characters. One would be a biopic where your character is based on a real life person where you have to portray the person perfectly. You are not allowed to play with interpretation here. Secondly, I like playing a character where you can use your own imagination and be creative to make something new and special. I was given this opportunity in Sense8. All characters are emotionally linked in the series which is not something that is human. I was given the opportunity to think out of the box and create something that has no reference point. I liked that experience and the freedom. We had no rules and could do whatever we wanted. I loved that we travelled so much. I also liked the fact that I worked with three different directors even though I was playing the same character. It was interesting to see that pool of talent. It was just so much fun. 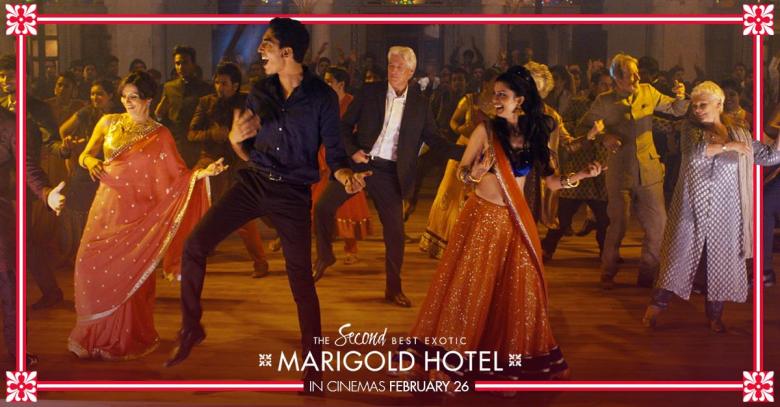 How did The Second Best Exotic Marigold Hotel come about?
It came about naturally. I think people at Fox (Production studio Fox Searchlight Pictures) were happy with the success of the first film and felt that there was potential for a sequel. The writers and directors then sat down to work on a script that would seamlessly carry on the story and not feel like a jump. I am glad I have a bigger role in the sequel because the film is about the big fat Indian wedding and I’m the bride. I had to dance and I think it’s funny that my first dance sequence is in a Hollywood film as I never danced in a Hindi movie. Just to have everybody come together again and have a more central character in the film this time around was an amazing feeling. When they were ready with the script, they contacted me. I am really glad that it happen. I hope people like this film even more than the first one or at least as much as the first film.

Will we see strong changes in your character in the sequel?
My character Sunaina doesn’t have drastic changes in the sequel. All the characters are pretty much consistent, the story has just moved forward. There is a very interesting plot though which is funny. The credit goes to Dev Patel’s character Sunny because most of the entertainment and jokes come from him.

Although, you did not share many scenes with the likes of Judy Dench as your character revolved around the relationship with Dev Patel in the first film, is it different for the sequel?
My characters now works at The Best Exotic Marigold Hotel and I do interact with the guests more than I did in the first film. I have a better relationship with Maggie Smith in the film which is great. Maggie’s character does not bond with people easily and to have that close relationship with her in the film of trust and affection is great. It helps the plot quite a lot. Just to be in the hotel a lot more, makes my character more personal to all guests as they take part in the wedding.

As The Second Best Exotic Marigold Hotel is a British film shot in India, how well do you think will be it be received by audiences in India?
I hope the Indian audiences like the sequel. The film is all about foreigners adopting the Indian traditions and lifestyle. It becomes a great celebration of being Indian. It is not so much of a foreign story any more. I loved the script because of how everyone forgets their past and becomes a local. That is a huge compliment to India. If Indians appreciate that, it would be the cherry on the cake.

What is next for you after The Second Best Exotic Marigold Hotel?
I have Sense8 releasing in a few months. I have done an Indian film called Dussehra where I play a cop. I don’t know when that releases though. I am in talks for a few more projects. The journey continues.