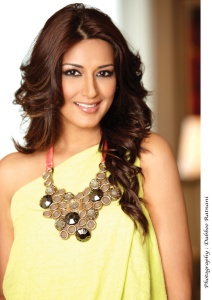 Sonali Bendre who received much love and appreciation as she made her foray into the fiction-television space with Ajeeb Dastaan Hai Yeh, will no longer be part of the show. And while several have been speculating about the reason, truth be told, her contract with the show will not be renewed and Sonali,who is the most popular personality to be celebrated on the small-screen and the only actress to rule the television space for 6 consistent years may soon sign a Marathi film.

While Sonali Bendre has already starred in Amol Palekar ‘s Marathi film Anahat, she has not signed any other film in the genre post that.Given the immense popularity of Marathi cinema with films like Lai Bhaari doing exceptional business at the box office, Sonali has long been contemplating over the several offers she has received in the last 2 years for Marathi films.

Sources reveal that the actress has been approached for 2 big Marathi projects, that have strong women-oriented roles, one of which is being directed by a National award-winning director.

Says a source, “Sonali has been receiving several Marathi film offers and while she has been contemplating it, she feels that now would be a good time to sign a Marathi project given all the appreciation and figures they are drawing in. While her contract with the show has expired, Sonali who loves experimenting and trying out new things as an artist may soon sign her next Marathi film if all goes as planned”.