Amole Gupte’s Hawaa Hawaai is the first ever film based on inline skating. The filmmaker scripted his son’s dream into 22 drafts, which finally got carved into Hawaa Hawaai. Partho Gupte was always passionate about learning skating. From the age of 4 he started skating and he always forced his parents to accompany him to strap him up. That initially intrigued Amole to take initiative into the sports and he decided to pen it down in 2008. 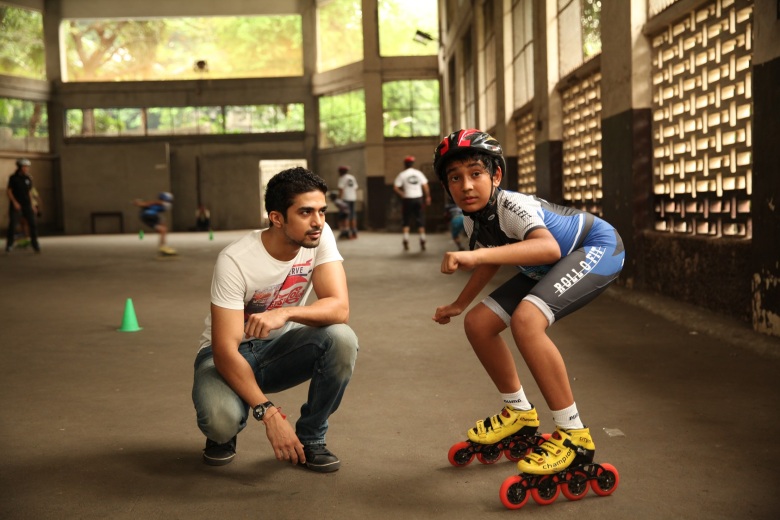 Hawaa Hawaai stars Saqib Saleem who will be mentoring Partho as coach. Partho will get his share of dreams to live through the film.

About skating, Amole says “Skating is an expensive sport as a pair of inline skates could cost more than a bike. But I saw the grit of the sport and wanted to make a film on it as it will be a first on celluloid internationally and skating is Formula One. Either you are on four wheels in a Ferrari or you are the Ferrari.”